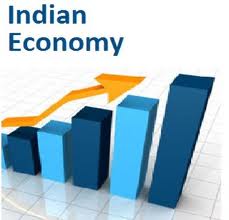 The economy of India is the tenth-largest in the world by nominal GDP and the third-largest by Purchasing Power Parity(PPP).  The country is one of the G-20 major economies, a member of BRICS and a developing economy that is among the top 20 global traders according to the WTO. India was the 11th largest importer in the world in 2018; and was 13th largest exporter.

The agriculture sector is the largest employer in India’s economy but contributes a declining share of its GDP. Its manufacturing industry has held a constant share of its economic contribution, while the fastest growing part of the economy has been its services sector – which includes construction, telecom, software and information technologies, infrastructure, tourism, education, health care, travel, trade, banking and others components of its economy.

India has increasingly adopted free-market principles and liberalised its economy to international trade. These reforms were started by former Finance minister Manmohan Singh under the Prime Ministership of P.V.Narasimha Rao. They eliminated much of Licence Raj, a pre- and post-British era mechanism of strict government controls on setting up new industry.  Mumbai is known as the trade and financial capital of India.

Indian economic policy after independence was influenced by the colonial experience, which was seen by Indian leaders as exploitative, and by those leaders’ exposure to British social democracy as well as the planned economy of the Soviet Union.  Domestic policy tended towards protectionism, with a strong emphasis on import substitution industrialisation, economic interventionism, a large government runs public sector, business regulation, and central planning, while trade and foreign investment policies were relatively liberal. Five-Year Plans of India resembled central planning in the Soviet Union. Steel, mining, machine tools, telecommunications, insurance, and power plants, among other industries, were effectively nationalised in the mid-1950s.

Prime Minister Narasimha Rao, along with his finance minister Manmohan Singh, initiated the economic liberalisation of 1991. The reforms did away with the Licence Raj, reduced tariffs and interest rates and ended many public monopolies, allowing automatic approval of foreign direct investment in many sectors.

India hosts many oil refinery and petrochemical operations, including the world’s largest refinery complex in Jamnagar.   Indian chemical industry was the third largest producer in Asia. India is one of the top 5 world producers of agrochemicals, polymers and plastics, dyes and various organic and inorganic chemicals.

Engineering industry of India is the largest sub-sector of its industry GDP and is one of three largest foreign exchange earning sectors for the country. It includes transport equipment, machine tools, capital goods, transformers, switchgears, furnaces, cast and forged simple to precision parts for turbines, automobiles, and railways.

India is one of the world’s largest diamonds and gem polishing and jewellery manufacturing center; it is also one of the two largest consumers of gold.  After crude oil and petroleum products, the export and import of gold, precious metals, precious stones, gems and jewelry accounts for the largest portion of India’s global trade.

Ludhiana produces 90% of woollens in India and is known as the Manchester of India.  Tirupur has gained universal recognition as the leading source of hosiery, knitted garments, casual wear and sportswear. India’s cotton farms, fiber and textile industry provides employment to 45 million people in India.

India’s mining industry was the 4th largest producer of minerals in the world by volume and 8th largest producer by value in 2009. In 2013, it mined and processed 89 minerals, of which 4 were fuel, 3 were atomic energy minerals and 80 non-fuel. The government owned public sector accounted for 68% of mineral produced by volume, in 2011-12.

The Indian money market is classified into the organised sector, comprising private, public and foreign owned commercial banks  and cooperative banks, together known as scheduled banks, and the unorganised sector, which includes individual or family owned indigenous bankers or money lenders and non-banking financial companies. The unorganised sector and microcredit are still preferred over traditional banks in rural and sub-urban areas, especially for non-productive purposes, like ceremonies and short duration loans.