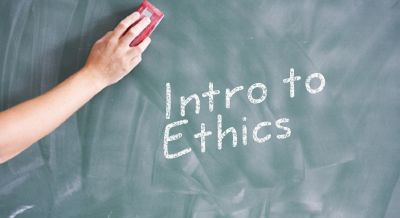 UPSC has changed the Civil Services Main Examination scheme and syllabus for 2013 exam. In the new scheme, there are four papers of General Studies, in which General Studies Paper-IV is named as Ethics, Integrity and Aptitude. The purpose to include this paper is to test the candidate’s attitude and approach to issues relating to integrity, probity in public life and his problem-solving approach to various issues and conflicts faced by him in dealing with society. Keeping in view this requirement, it becomes indispensable at the onset to clear the meaning and significance of ‘ethics’. The article attempts to bring home the point to the readers.
WHAT IS ETHICS?
At its simplest, ethics is a system of moral principles. These principles affect how people make decisions and lead their lives. Ethics is also concerned with what is ‘good for individuals and society’ and is also described as moral philosophy.
The term is derived from the Greek word ‘ethos’ which can mean custom, habit, character or disposition. Thus, Ethics could be said to cover the following dilemmas:
• how to live a good life
• our rights and responsibilities
• the language of right and wrong
• moral decisions – what is good and bad?
ETHICS : ITS MEANING IN INDIAN TRADITION
The Indian term for morality and ethics is ‘dharma’. Dharma comes from the root ‘dhr’, which means to hold together. And thus, the function of dharma is to hold the human society together for its stability and growth. Right conduct is essential, if the human society is to survive. The dharmam Hinduism is co-extensive with morality. Dharma in the Vedas refers to the highest truth and power and it is very much understood as the performance of Vedic sacrifices and other rituals in the Vedas and Dharmasastras. So Dharma is understood in Vedas as duty par excellence. Dharma is also generally understood as the duties of humans, according to one’s own caste and stage of life (Varnasrama Dharma). And thus many Hindu thinkers say if one does his duty, he will achieve either heaven or a better birth in the nextlife or even prosperity here and now. Thus, the Hindu concept of dharma has been recognised by its very close associationwithritualistic and caste- oriented duties. And the purely moral sense of duty is overshadowed. Never-theless, the Hindu thinkers advocate and recommend the practice of moral virtues and moral norms, which make a man as man. These moral virtues are called * Sadharana Dharma or universal duties. Hence, the term dharma in Hinduism has two connotations: the first is the performance of ritual sacrifices and duties according to one’s own caste, and the second is the practice of moral virtues and norms. So, when we speak of dharma as morality, it includes all the duties one ought to perform and all the virtues one ought to practice to attain moksa or liberation.
ETHICS AND MORALITY
The words “ethics” and “morality” have Greek and Latin origins, respectively. Traditionally they are referred to as customary values and rules of

conduct (as in “cultural ethos” and “social mores”) as well as insights about what counts as human excellence and flourishing. “Ethics” and “morality” are often used interchangeably by us today. But ethics also refers to moral philosophy, i.e., a discipline of critical analysis of the meaning and justification of moral beliefs.
Ethics and morality—along with law and etiquette—are essentially normative, that is, they prescribe human behaviour as obligatory, prohibited or permissible. There is considerable overlap between ethics and law, and ethics and etiquette. Much of the Law embodies ethical principles: respect for basic rights to life, property, and the right of citizens to
PRINCIPLES FOR MANAGING ETHICS IN THE PUBLIC SERVICE
1. Ethical standards for public service should be clear.
2. Ethical standards should be reflected in the legal framework.
3. Ethical guidance should be available to public servants.
4. Public servants should know their rights and obligations when exposing wrongdoing.
5. Political commitment to ethics should reinforce the ethical conduct of public servants.
6. The decision-making process should be transparent and open to scrutiny.
7. There should be clear guidelines for interaction between the public and private sectors.
8. Managers should demonstrate and promote ethical conduct.
9. Management policies, procedures and practices should promote ethical conduct.
10. Public service conditions and management of human resources should promote ethical conduct.
11. Adequate accountability mecha-nisms should be in place within the public service.
12. Appropriate procedures and sanctions should exist to deal with misconduct.