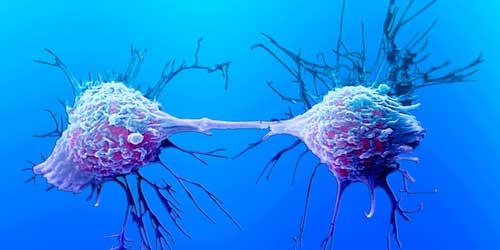 Living organisms are constantly making new cells. They make new cells in order to grow and also to replace old dead cells. The process by which new cells are made is called cell division. Cell division is occurring all the time. Around two trillion cell divisions occur in the average human body every day!

There are three main types of cell division: binary fission, mitosis, and meiosis. Binary fission is used by simple organisms like bacteria. More complex organisms gain new cells by either mitosis or meiosis.

Mitosis is used when a cell needs to be replicated into exact copies of itself. Everything in the cell is duplicated. The two new cells have the same DNA, functions, and genetic code. The original cell is called the mother cell and the two new cells are called daughter cells.

Examples of cells that are produced through mitosis include cells in the human body for the skin, blood, and muscles.

Cells go through different phases called the cell cycle. The “normal” state of a cell is called the “interphase”. The genetic material is duplicated during the interphase stage of the cell. When a cell gets the signal that it is to duplicate, it will enter the first state of mitosis called the “prophase”.

Also Read: The Skeletal System: Guards of the Body

Meiosis is used when it is time for the entire organism to reproduce. There are two main differences between mitosis and meiosis. First, the meiosis process has two divisions. When meiosis is complete, a single cell produces four new cells instead of just two. The second difference is that the new cells only have half the DNA of the original cell. This is important for life on Earth as it allows for new genetic combinations to occur which produces variety in life.

The cells produced from mitosis are called diploids because they have two complete sets of chromosomes.

The cells produced from meiosis are called haploids because they only have half the number of chromosomes as the original cell.

Simple organisms such as bacteria undergo a type of cell division called binary fission. First, the DNA replicates and the cell grows to twice its normal size. Then the duplicate strands of DNA move to opposite sides of the cell. Next, the cell wall “pinches” off in the middle forming two separate cells.