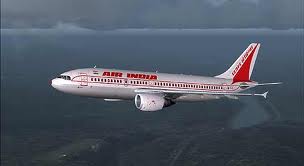 The Ministry of Civil Aviation is responsible for the formulation of national policies and programmes for development and regulation of civil aviation and for devising and implementing schemes for orderly growth and expansion of civil air transport. Its functions also extend to overseeing the provision for airport facilities, air traffic services, carriage of passengers and goods by air, safeguarding civil aviation’s operations, regulations of air transport services, licensing of aerodromes, air carriers, pilots and aircraft’s maintenance engineers.

The ministry also administratively controls the institution of Commission of Railway Safety, which is responsible for the safety in rail travel and operations in terms of provisions of the Railways Act. India has been a member of the International Civil Aviation Organisation (ICAO) and is also on the Council of ICAO since its operations.

Cargo: Airports Authority of India (AAI) has established integrated cargo terminals at metro airports viz Delhi, Mumbai, Kolkata, and Chennai, wherein all the regulatory and facilitating agencies have been housed under one roof in order to facilitate faster processing/movement/clearance of international cargo. The management of Delhi and Mumbai Airports have been taken over by the two separate JVCs namely Delhi International Airport Limited and Mumbai International Airport Limited respectively, with effect from 3rd May 2006.

Training: AAI imparts training at its own Civil Aviation Training College, Allahabad on various operational areas like Air Traffic Control, Radars, Communication, etc. It maintains the National Institute of Aviation Management and Research (NIAMAR) at Delhi for imparting various aviation management training programmes and refresher courses. In addition there is a Fire Service Training School at Narayanpur near Kolkata and the Fire Training Centre at New Delhi for imparting training and conducting refresher courses on fire fighting rescue services.

The European Union Defers Enforcement Of Carbon Tax On Aviation