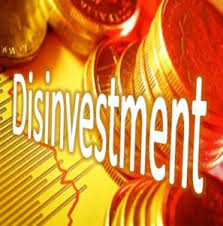 Disinvestment, which is the dilution of the government’s stake in public sector units, is a policy pursued by the government for bridging the fiscal deficit, raising capital for expansion and growth, repayment of debt and also funding the government’s social welfare programs.

A comprehensive policy on public sector was set out in the Industrial Policy Statement of July 24, 1991 – the year when the country had to tide over an unprecedented economic crisis reflected in its internal and external finances. The steps adumbrated included a review of public sector investments to focus on strategic and essential infrastructure enterprises and new procedures to tackle chronically sick and loss-making units.

Disinvestment was conceived in the context not only of the acute financial stringency of the Government of India, which had to continually provide budgetary support to loss-making units, but also of the failure of public sector as a whole to provide a reasonable rate of return on the total investments.

The progress of disinvestment in India has been very slow, considering the strides in privatisation that developing countries in the East and South East Asia, Latin America and Central and Eastern Europe have made by transfer of productive assets to private investors, especially in infrastructure (power, telecommunications, oil and minerals) and financial services.

Disinvestment is good about India because of following reasons-.

Disinvestment in PSUs would be a necessary boon in the present day fiscal deficit crisis which will also eventually suck excess liquidity from the economy thus check inflation. Further, the country can also meet the CAD if partially opened to FDIs thus support the depreciating Rupee. This will also help in good corporate governance and answer ability to stakeholders at large.