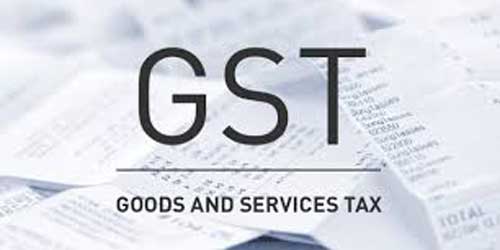 Goods and Services Tax (GST), a value added tax, is collected at all points in the supply chain. In this particular tax, credit is permitted for any tax that has been paid on inputs procured for use in making the supply. The tax would be applied to both goods and services in a broad manner in which exemptions are restricted to minimum.

Abiding by the principles of federal structure of India it has been proposed that Goods and Services Tax should be imposed by the Centre (CGST) and the States (SGST) concurrently. For inter-state supply there is an integrated GST (IGST).

In the context of the supply of goods, an additional tax, in addition to IGST, of up to 1% has been proposed to be imposed by the Union Government. The revenue collected from this tax is going to be assigned to the concerned states. This tax would be levied for initial two years or as recommended by the Goods and Services Tax council as far as the time limit is concerned.

History of the GST in Parliament

On 28th February 2006, during the budget session of (2006-07) of the Union Government, the then Finance Minister made the announcement that Goods and Services Tax would be introduced from 1 April 2010 and that the Empowered Committee of State Finance Ministers, on the Ministry’s request, would work in tandem with Central Government in preparing a road map for introduction of Goods and Services Tax in India.

Following the announcement of 2006-07 of the Finance Ministry, on May 10, 2007 Joint Working Group (JWG) was set up by the Empowered Committee of State Finance Ministers. After going through several rounds of intensive internal discussions and interaction with experts and representatives of Chambers of Commerce and Industry (CCI), on 19 November, 2007 the JWG submitted its report to the Empowered Committee which the Committee discussed in detail in its meeting on 28 November 2007. After doing some modifications to the report the final version of the Empowered Committee (EC) was sent by it to the Government of India on 30 April 2008. The report, titled “A Modal and Roadmap for Goods and Services Tax (GST) in India”, consisted of comprehensive recommendations about the structure and design of GST. Responding to the report of the EC, the Revenue Department referred  some suggestions to be incorporated in the design and structure of the proposed Goods and Services Tax.

On 10 November 2009 the EC released based on inputs from Government of India and States, its First Discussion Paper on Goods and Services Tax in India with an aim to generate debate and avail inputs from all stakeholders.

The EC proposed a dual GST modal under which Goods and Services Tax have two sections: the Central GST to be imposed and collected by the Centre and the State GST to be imposed and collected by the respective States. Taxes to be subsumed within the Goods and Services Tax are: Central Exercise duty, additional exercise duty, Service Tax, and additional duty of customs (equivalent to excise), state VAT, entertainment tax, taxes on lotteries, betting and gambling and entry tax that are not raised by local bodies.

The Present Status of GST

The GST Bill, officially known as the Constitution (One Hundred and twenty second Amendment) Bill, 2014, proffers a national Value Added Tax to be introduced in India from June 2016.

On 6th May 2015, in order to introduce GST, the Lok Sabha passed the much delayed Constitutional Amendment Bill to pave the way for a new Bill on the uniform tax regime. The Bill is set to be sent to a Parliamentary Committee for review by the Rajya Sabha, where the opposition has said that they are in favor of the GST Bill, but want some amendments to be made by the Union Government to be vetted by a select committee of the Rajya Sbabha.

The GST Bill, that was conceived twelve years ago, has been kept pending because there were some changes needed in the basic Bill and all states were not in favor of many provisions of the Bill particularly with the clause dealing with sharing of the revenue collected through the GST.

However, the incumbent Finance Minister has assured the states to compensate them for any revenue loss by saying that the new uniform indirect tax will be much less than 27% that has been recommended by an expert panel.

Must Read: Agriculture in India: Challenges with Agricultural Marketing and APMC Act

Advantages of Goods and Services Tax

The advantages of the Goods and Services Tax, an efficient tax system, neutral in its application and attractive in terms of its distribution, are :