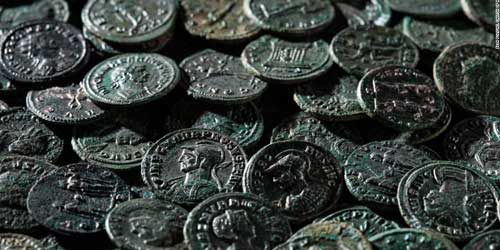 Coins are made from metals. In the past, coins are money which were sometimes made from valuable metals such as gold and silver. Today, most coins are made with some combination of copper, zinc, and nickel.

Where are coins made in the United States?

U.S. coins are made by the U.S. Mint which is a division of the Department of the Treasury. There are four different U.S. Mint facilities that make coins. They are located in Philadelphia, Denver, San Francisco, and West Point (New York). The majority of the coins that the public uses today are made in Philadelphia or Denver.

Must Read: How Paper Money is Made?

New coins are designed by artists that work for the U.S. Mint. They are called sculptor-engravers. The designs are reviewed by the Citizens Coinage Advisory Committee and the Commission of Fine Arts. The final decision on a new design is made by the Secretary of the Treasury.

The U.S. mint goes through the following steps when manufacturing coins:

What metals are U.S. coins made from?

Have a Look at: How Banks Work?

Interesting Facts About How Coins Are Made