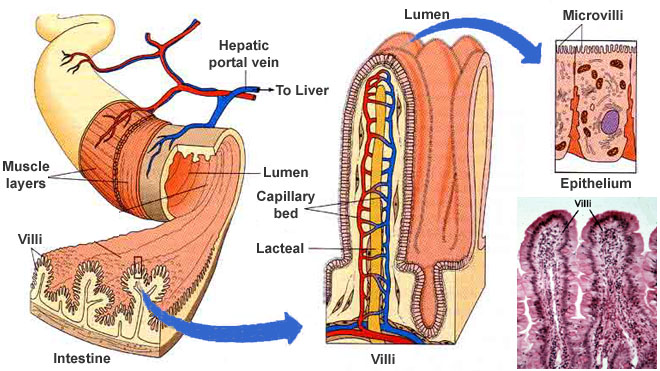 Teeth in human system: Human beings have four different kinds of teeth called incisors  , canines, pre-molars and molars.
Organs whose secretions help digestion. the three organs of the body which by their secretion help in the digestion are
(1) stomach secreting the gastric juice,(2) pancreas secreting the pancreatic juice, (3) liver secreting the bile.

Function of stomach: Stomach produces gastric juice which helps in the digestion of food. Gastric  juice has 90% water and enzymes pepsin, rennin and gastric lipase with about 5% Hydrochloric acid which kills bacteria. Pepsin and Hydrochloric acid act upon proteins changing it to peptones and proteoses. The  muscles of the stomach churn the food and mix it with water and gastric juice.
The alimentary canal is a long coiled tube starting from the mouth and ending at the anus and consisting of the gullet, oesophagus, stomach, small intestine, large intestine, rectum, and anus. 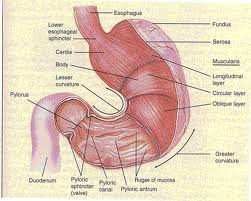 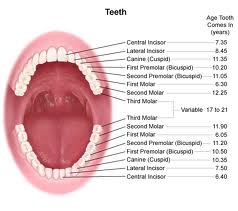 Must Read: Amazing facts about the Human Brain

Functions of the large intestine: The large intestine receives undigested materials of the food from the small intestine. Its function is to absorb water and then pass the material into the rectum which throws it out of the body through the anus.

Functions of the appendix: It is blindly ending tube arising from inside the appendix. Active phagocytosis of bacteria occurs by macrophages of the lymph.

Functions of the liver: Liver produces bile which is stored in gall bladder. Bile contains water, bile salts, and bile pigments but it has no digestive enzymes and so it does not take part directly in digestion but probably it prevents putrefaction. Bile contains salts like bicarbonate, glycocholate,  and taurocholate of sodium. Sodium bicarbonate neutralizes the acid and makes the churned food called chime . 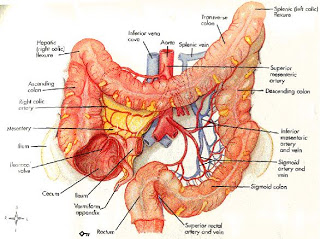 Also, Read:
Numbers in Human Body.
Blood and its circulation