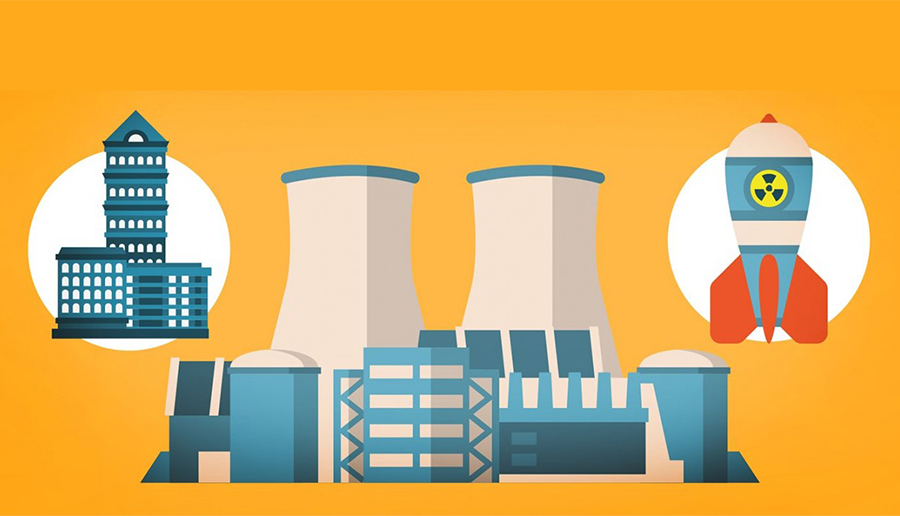 The importance of nuclear energy, as a sustainable energy resource for our country, was recognized at the very inception of our atomic energy program more than six decades ago.

In August 1948, India set up The Indian Atomic Energy Commission in the Department of Scientific Research.

In August 1954, a separate department called The Department of Atomic Energy was set up under the direct charge of the Prime Minister through a Presidential Order.

Subsequently, in accordance with a Government resolution dated March 1, 1958, The Atomic Energy Commission established in Department of Atomic Energy.

Secretary to the Government of India in the Department of Atomic Energy is ex-officio  Chairman of the Commission. Other members of the commission are appointed on the recommendation of the Chairman and approval of Prime Minister.

According to a tradition followed in past several years, following are appointed as other members of the AEC:

There are five major research organizations in the field of Nuclear technologies in India under the Department of Atomic Energy.

We are now designing and developing advanced nuclear systems, which will utilize our Plutonium resources in an optimum way to maximise conversion of Thorium into U-233, extract power in-situ from the Thorium fuel. and recycle the bred U-233 in future reactors. The Advanced Heavy Water Reactor (AHWR) project, provides a focal point for a time-bound high-intensity development in the efficient utilization of Thorium.

The work on AHWR will also help in conserving and further enhancing our R&D expertise related to Heavy Water Reactors.

India has a modest Uranium resource deposit with 54,000 tonnes as the reasonably assured resource and another 23,500 tonnes as estimated additional resource in-situ. We have barely 1 percent of the world’s Uranium deposits.

Mining and processing of Uranium in India are carried out by Uranium Corporation of India Limited, a subsidiary of the Department of Atomic Energy.

Thorium reserve in India is far more abundant. India might have largest reserves of Thorium in the world with over 650,000 tonnes. This is more than one-fourth of the total world deposit of Thorium.

Thorium has many advantages, it is estimated that thorium may be able to generate (through U-233 that could be produced from it) eight times the amount of energy per unit mass compared to natural Uranium.

In the much-debated issue of waste generation also, The thorium has a relative advantage. It produces waste that is relatively less toxic.