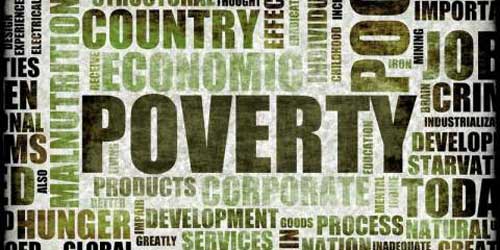 The history of preparing and implementing programmes targeting poverty alleviation in India has been based on two levels:

However, most of the programmes addressing poverty alleviation are intended to target rural poverty as the Poverty prevails on rural areas. It has been felt and realized by our policy makers that targeting poverty in rural areas is the most challenging task due to many geographic and infrastructure limitations. The programmes concerning alleviation of poverty can be summed up into five categories:

Immediately after acquiring independence the Government of India introduced Five Year Plans, which concentrated on poverty alleviation through sect oral programmes. In order to address poverty the Five Year Plan concentrated on agricultural production whereas through second and third plans the State put its strength behind massive investments for employment generation in public sector. Although these policies could not create a sweeping effect due to lack of strength, they did some policy generation.

It is a restructured version of the erstwhile Jawahar Rojgar Yojna (JRY). The program’s initiated on 1 April 1999, chief aim was the development of rural areas by creating infrastructures. These included constructing road to connect village to different areas, making villages more accessible, establishing schools and building hospitals.

The rather secondary objective of the JGSY was to provide sustained wage employment that was catered to only below the poverty line (BPL) families. The fund, under JRSY, was to be disbursed for individual beneficiary scheme for SCs and STs and 3% of the available fund for the establishment of obstruction free infrastructure for the disabled people.

JSGY’s main component was village panchayats as they were one of the chief governing body of this programme. It was done so because village panchayats were able to understand the needs of the people of their areas and thus had the capacity to address them successfully. During 1999-2000 Rs. 1841.80 crore was spent under this programme. Against the target of 8.57 lakh work the programme completed 5.07 lakh works.

This scheme was first launched bearing the name as Indira Gandhi National Old Age Pension Scheme (IGNOPAS) that was a non-contributory old age pension scheme. The scheme was meant for Indians, who were 60years or a part of the National Social Assistant Programme (NSAP) and was launched in August 1995.

NOAPS was meant for the persons who could not earn for themselves and had no means of subsistence. The pension of Rs. 200, provided under this scheme was to be given by the Central Government. The responsibilities of the implementation of this scheme in States and Union Territories was imparted to panchayats and municipalities. The amount of pension for the persons aged above 80 years had been revised and fixed at Rs. 500 per month as was declared in 2011-2012 Budget.

NFBS, launched in August1995, is sponsored by the state government as it was transferred to the state sector in 2002-03. It tells under the community and rural development. This scheme is for BP families. Under this scheme a sum of Rs. 2000 is provided to a person who, after the death of the primary breadwinner of the family, becomes the head of the family.

The breadwinner has been defined, under the scheme, as a person, who is above 18 years and earns the most for the family and on whose earnings the family survives.

This scheme was a part of National Social Assistance Program and was activated in the period of 2002-2007. Under this scheme a pregnant mother is provided a sum of Rs. 500 for the first two births. The women have to be 19 years of age.

IRDP in India, it has been ascertained, is among the word’s most ambitious programmes associated with the alleviation of rural poverty. It provides income-generated assets to the poorest of the poor. First introduced in 1978-79 in some selected areas IRDP covered all areas by November 1980.

The main objective of IRDP has been to elevate identified of Below Poverty Line (BPL) by creating sustainable opportunities for self-employment in the rural sector.

This programme is in function in all blocks of the country as a centrally sponsored programme funded on 50:50 basis by the centre and the states.

The target group under IRDP comprises of small and marginal farmers, agricultural laborers and rural artisans earning an annual income below Rs. 11,000; this sum has been defined as poverty line in the Eight Plan.

For the implementation of this programme at the grassroots level, the block staff is responsible. At the state level the IRDP is monitored by the State Level Coordinating Committee (SLCC) and the for the release of the central share of the fund the Ministry of Rural Areas and Employment is responsible.

The NREGA Bill was notified in 2005 and came into force in 2006 and was further modified as Mahatma Gandhi National Rural Employment Guarantee Act (MGNREGA) in 2008.

This scheme guarantees 100 day of paid work to people living in rural areas. This programme, without any doubt, has proved to be a major boost in the income of rural population of India.