Recommendation of the KC Chakrabarty Committee on Recapitalisation of RRBs 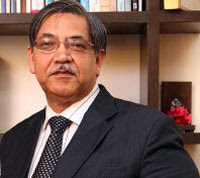 The Government of India had constituted a committee in September 2009 (Chairman Dr. KC Chakrabarty committee) to study the current levels of capital-to-risk-waited asset ratio (CRAR) of RRBs and to suggest a road-map for achieving a CRAR of 9% by March 2012. The committee was also required to suggest the acquired capital structure for RRBs given their business level so that their CRAR is sustainable and provides for future growth and compliance with regulatory requirements. The committee submitted its report to the Government of India on April 30, 2010.
The following are the main recommendations of the KC Chakrabarty committee on recapitalisation of RRBs:

Gokul GR was the last candidate in the list. This is the transcript of the interview: Gokul GR: May I come in, Sir? The chairman asked...
Read more

Kuldeep Dwivedi has secured the All India Rank 242 in the Civil Services Exams conducted by UPSC, paving the way for his future as an...
Read more

1510 Portuguese Catholics conquer Goa under Albuquerque, the then Governor, to serve as capital of their Asian maritime empire beginning conquest and exploitation of India...
Read more

As an international organization, the United Nations was formed to promote and establish world peace and cooperation. The origin of the creation of UN...
Read more
Economy

According to National Income committee, “National Income (NI) is the value of goods and services produced in an economy during a given period without...
Read more
Economy

History of Banking in India

Bank of Hindustan (1770) was the first bank to be established in India (Alexander and Co.) at Calcutta under European management. Other banks set-up...
Read more
GS

The Sufi Movement: Practices of various orders of Sufis in India

Evolved into a well developed movement, the Sufi movement, by the 11th century, Sufism had emerged in the 8th century and the early known...
Read more