My account
Get into your account.
LoginRegister
Plans
Home Guidance How To Prepare Role and Career of IRS Officers in the Government of India 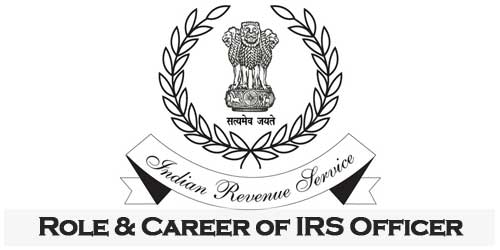 IRS, India’s premier financial agency plays a major role in collection of Direct Taxes (mainly Income Tax & Wealth Tax) in India. It is concerned with the collection of a major part of the total tax revenue in the country. Direct Taxes laws is administered by IRS officers through the Income Tax Department (ITD). The largest department of the Government of India is the Income Tax Department. At the top level, the Central Board of-Direct Taxes (CBDT) constituted under the Central Boards of Revenue Act, 1963 is responsible for administration and supervision of the ITD.

You May Also Love to Read: How to Prepare for Civil Services Aptitude Test (CSAT)?

To keep abreast with the latest developments in the areas of governance, particularly finance, taxation and management there are various mid-career training programmes for IRS officers. These include the Advanced Mid Career Training (AMCTP) which is conducted’ in 3 phases:

The AMCTP generally consists of a 3 week domestic module held at premier Management Institutes in the country followed by a 2 week International component internationally acclaimed Universities, depending on their areas of expertise.

You May Also Read: Indian Forest Service – All You Need to Know

Career Prospects at a Glance:

Hierarchy Service of the IRS Officer

Must Read: How to Crack IAS Exam? 10 Tips for IAS Preparation