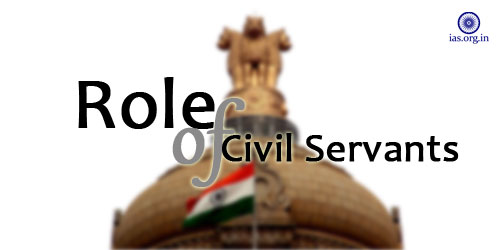 Role of civil servants differs from service to service. IAS, IPS, IFS, IRS and IES are civil servant ranks under the Central Government of India. The exams to all these are conducted by UPSC board, and it’s a common exam except for IES. Normally, IAS, IPS and IFS are considered in that hierarchy row, as highest rankers often opt for IAS. Even some high rankers have opted for IPS and IFS.

IAS officers joining the Indian Administrative Service and work as key persons of central and state government bodies and PSUs. They may also be sent on foreign assignments and visits along with the IFS. They work for the rank from sub-divisional magistrates, to municipal commissioners, district collectors, various central and state secretaries as they are assigned. The highest post in the State is that of the Chief Secretary. At the top of the hierarchy list of IAS Officers is the Cabinet Secretary in the union government.

Difference between IAS and IPS

IFS officers are joining the Foreign Service of India. They form the senior management officers of India’s foreign service and manage foreign relations of India. The work as Ambassador, or High Commissioners, Foreign Secretary, or work in the PMO or Ministry of External Affairs.

Indian Revenue Services, is a common name given to candidates selected for Income Tax and Central Excise and Customs Departments. Both departments are the main Revenue collecting agencies of the Government of India. Income tax Department these days, has emerged as an important revenue source to the government and is in the public eyes for it affects the personal income of individuals and business entities including corporate bodies.