Smita Sabharwal is an IAS Officer of Andhra Pradesh cadre. 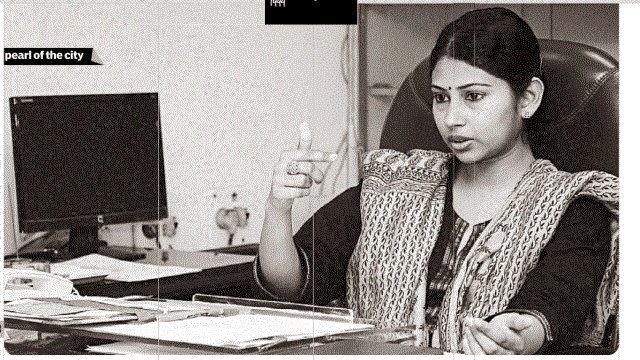 Smita Sabharwal is an IAS officer of Andhra Pradesh cadre of 2001 batch.

The following are some of the notable achievements of Smitha Sabharwal.
Timeline

Her father served in the defense department. Though, she never wanted to enter civil services till graduation, her father’s encouragement inspired her to join civil services.

Her mother tongue is Bengali and she speaks English as well.

Smita represented Karnataka in the Under-16 Badminton category and participated in athletic championship.

Dosa, Idli and Sambar are some of her favorite foods. She learnt Hindustani music.

Education
Smita Sabharwal did her graduation at St. Francis College in Hyderabad. She was an active NSS volunteer.

She has a degree in Business Law Accountancy Marketing, which she passed in first division.

Timeline
Smita Sabharwal requested the government to supply power for more than six hours to power looms as the weavers are facing difficulties due to power cuts. She attended the video conference chaired by Chief Secretary Minnie Mathew with district collectors to review the power scenario in the state on September 3, 2012.

Collector Smita Sabharwal greeted Muslims on the occasion of Bakdrid (Eid-Ul-Azha) on 27 October 2012.