My account
Get into your account.
LoginRegister
Plans
Home Stories Success Story of K Nandakumar IAS – A Lorry Driver’s Son 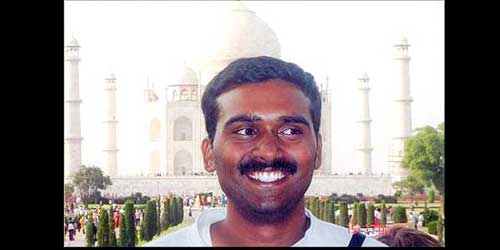 K Nandakumar who always dreamt of reaching the zenith of excellence in Civil Services Examination has come true by securing All India Rank 30th in the year 2006 at the age of 26 years. He is an icon and a true inspiration for the millions of Indian students and showed that nothing is impossible. This was his dream which came true only because of his hard work.

K Nandakumar comes from Mamarthapetti village in Tamil Nadu’s Namakkal district. His father M Karuppannan went to work in the paddy fields of his native village which proved a dead end, so his father joined a local lorry service, as a ‘cleaner’. During that stint, which lasted two years, he learnt to drive and got his license; he then got a job as a driver. His mother Lakshmi is a house maker and she invested some amount in buying a sewing machine, and works from home. She make about one hundred rupees a day, and that takes care of the household expenses. The household ran on Karuppannan’s income. He has one younger brother Aravind Kumar and he is an engineering graduate.

For both Aravind and K Nandakumar, their parents are “Gods”. “We are proud of our father as he is very hardworking and very thrifty” Aravind says.

K Nandakumar completed his schooling from Namakkal Government South School, an institution where the medium of instruction was Tamil. After completing his schooling he did engineering from the Pollachi Mahalingam College.

Due to economic problem and the feeling that he had to help his father to run the household led him to do a job in private company at Coimbatore. During this period he worked and then did late night studies and the result was extreme tiredness resulting from mental and physical exertion. This began impacting on his studies and he slowly quited focus on the Indian Administrative Service Exams.

Despite the economical challenges K Nandakumar faced, so finally he decided to quit his job at an engineering firm to devote full-time for preparation.

With Tamil as his language medium, K Nandakumar had Geography and Tamil literature as his optional paper. He was comfortable with Tamil, as he was into this medium of education throughout his school days. K Nandakumar says, “it eased undue apprehension about grammatical and syntax errors and allowed him to focus on the essence of the writing”.

For the first time when K Nandakumar sat for the UPSC Exams, he failed. On his second attempt, he ranked 350th and K Nandakumar was offered Indian Railway Traffic System (IRTS). He could not ignore this job in because that was the Railways, while dreaming of the IAS he hoped to land some day. So he joined the Railways, and began the required training. Nights, he shrugged off the fatigue, and studied for yet another attempt at the big one. Again he studied with new hope and great enthusiasm and he fetched 30th rank in his third attempt.

“There is no secret to success, as it was his hard work and nothing else”, K Nandakumar says. He used to study in groups with his friends together. The friends went together to trawl through the market, looking for books relating to the Civil Services; they then pored over their finds. Newspapers were devoured cover to back page, with meticulous care. For current affairs, friends used to ask questions about the last one year, so he read a lot of newspapers.