My account
Get into your account.
LoginRegister
Plans
Home Random Yuri Gagarin – The First Man in Space 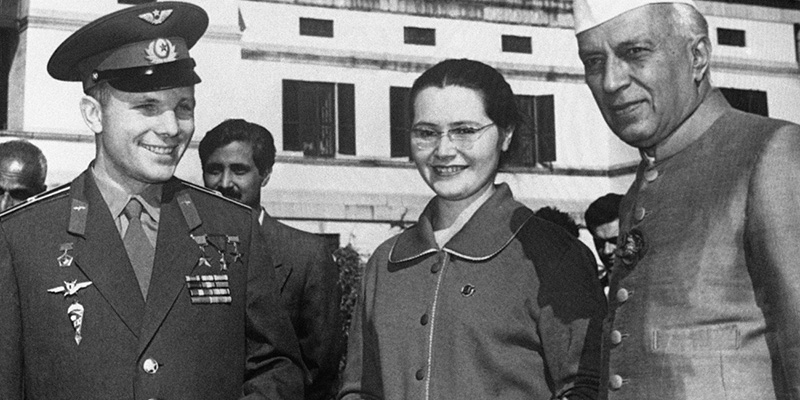 Yuri Alekseyevich Gagarin was a Russian-Soviet pilot and cosmonaut. He was the first human to journey into outer space, when his Vostok spacecraft completed an orbit of the Earth on 12 April 1961. Yuri Gagarin was born near Moscow, Russia on March 9, 1934.

Yuri attended the local school for six years and continued his education at vocational and technical schools. In 1941, Yuri Gagarin was just seven years old when the Nazis invaded the Soviet Union. Life was difficult during the war and the Gagarin’s were kicked out of their home.

It was at the industrial school in Saratov that he joined a flying club. Gagarin learned quickly and was obviously at ease in a plane. He made his first solo flight in 1955.

Yuri Gagarin joined the Russian Air Force in 1955 and graduated with honors from the Soviet Air Force Academy in 1957. Soon afterward, he became a military fighter pilot. By 1959, he had been selected for cosmonaut training as part of the first group of USSR cosmonauts.

Yuri Gagarin flew only one space mission. On April 12, 1961, he became the first human to orbit Earth. The name of his spacecraft was Vostok 1.

Gagarin’s spacecraft, Vostok 1, circled Earth at a speed of 27,400 kilometers per hour. The flight lasted 108 minutes. At the highest point, Gagarin was about 327 kilometers above Earth.

Once in orbit, Yuri Gagarin had no control over his spacecraft. Vostok’s reentry was controlled by a computer program sending radio commands to the space capsule. Although the controls were locked, a key had been placed in a sealed envelope in case an emergency situation made it necessary for Gagarin to take control. As was planned, Cosmonaut Gagarin ejected after re-entry into Earth’s atmosphere and landed by parachute.

Nearly as soon as Gagarin’s feet touched the ground back on Earth, he became an international hero. His accomplishment was known around the globe. He had accomplished what no other human being had ever done before. Yuri Gagarin’s successful flight into space paved the way for all future space exploration.

After his successful first flight into space, Gagarin never again was sent into space. Instead, he helped train future cosmonauts. Yuri Gagarin died on March 27, 1968, when the MiG-15 he was piloting crashed near Moscow. At the time of his death, Yuri Gagarin was in training for a second space mission.