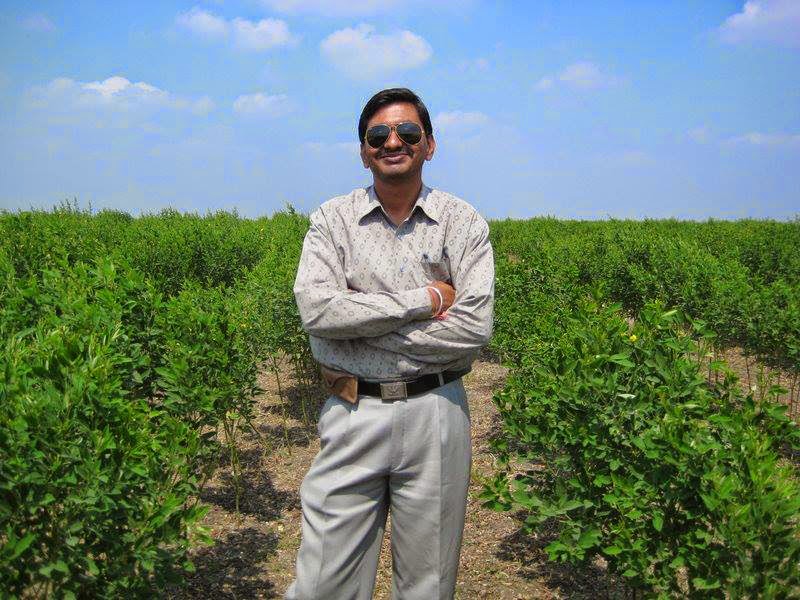 Abhimanyu Singh Yadav. All India Rank: 192.Q1. How did you choose you optionals?

As you know, my optionals were History and Philosophy. I had studied these subjects as a part of my degree course, so they were a natural choice. Actually I deliberately chose these subjects at the degree level keeping Civil Services Exam in mind.

Q2. What was your basis of choosing these two subjects then (at the degree level)?

I had Political Science, History and Geography at 10+2 level. According to the college rules I had to leave out one subject out of the three, so I left Political Science. It was an intuitive decision.

Q3.In how many attempts did you clear CSE?

I cleared the exam in four attempts. In my previous three attempts I cleared the Prelims but failed to clear Mains. My Service Preference was IAS, IFS, IRS, IPS, etc.

Q4. It means that you started early, since when you were motivated to be an IAS officer?

Q5. How do you feel now about not being an IAS officer?

Nothing bad, I am still preparing for the exam. I may be allotted IFS if the Supreme Court gives a favorable verdict in the pending case.

Q6. You took four attempts to clear the CSE. How did failure change you?

I was not serious in my first two attempts. As I took no coaching I had to find my way through the exam by myself, in this process I failed in CSE 2006. There after I gave a serious thought to my preparation and the result is in front of you.

Q7. What was the most crucial thing for you that turned failure into success?

Since I neither had a professional degree nor a backup job in case I failed in the CSE, it became a do or die situation for me. I started thinking about a career in Media but eventually my strong willpower sailed me through the CSE.

Q8. Since class 11th, is there any significant event that motivated you to join civil services?

Nothing specific, being a student of Arts I had only two options either Lectureship or Civil Services. I chose latter.

Q9. Please tell us something about your family background.

I was the first person in my family who went to a college and got a degree, all credits to my family. I lost my father in my childhood, he was a Police Sub-Inspector. My mother is a teacher. I have a younger brother also.

Q10. Coming to specifics, you cleared all your prelims, what was your strategy for prelims?

Nothing specific, I am very strong in Objective-type questions besides I hold a Masters degree in History.

Q11. What about the Main Examination?

I had no problems in GS, Essay or History. Philosophy, my second optional was the weak-spot for me, although I was selected I got very poor marks in it (271).

Q12. You consulted foreign universities for Philosophy, yet your score was low, how do you explain this? Is UPSC to be blamed? How many marks did you expect? Is the evaluation procedure up to the mark or scaling procedure faulty?

Actually we both are to blame for it. I started preparing for Philosophy very late (in august 2007), so I could not master the subject. The UPSC is also to be blamed especially for paper 2. The University Level in India is not matched with it.

Q13. Sir what is you opinion about coaching institutes?

They are all teaching crap especially in paper 2 of Philosophy. Nobody knows anything about this paper at least the coachings in Hindi medium. Chandmal, Patanjali, Drishti, etc. are just making money.

Q14. So you took coaching and were cheated by them? What about GS did you refer Vajiram, Sriram notes, etc.?

No I did not take coaching with them, I took the trial classes and in two days the story was clear. They themselves don’t know much about the subject. Even the knowledge they were imparting was not up-to-date. Yes I referred to Vajiram’s notes for GS but in 2005, not in the year of selection.

Q16. You said that the Philosophy level does not match to university level? is there a fault in the syllabus or paper setting or evaluation process or all of them?

I don’t blame scaling for it, however the other two factors are very much responsible for the fluctuations in marks. A majority of candidates have not read many topics given in UPSC syllabus at the university level. Even the evaluation procedure is not fair, I scored as high as 189 marks in philosophy paper2 in 2005 but it came down to 88 in 2006 and 115 in 2007. We can see exam centers Even our universities are to be blamed as they don’t take such subjects seriously.

Q17. So there is a scope for reforms?

Yes of-course. UPSC can disclose the answer-keys for Prelims. For Mains they may not open the scaling formula but they certainly can put up the answer-sheets of all the subject toppers. They should also share the social and economic background of the selected candidates.

Q18. You scored 213 in Interview, how did you prepare for the Personality Test? What role internet and especially this community played in it?

I never seem to fit in, there was always a mismatch between my background and my intellectual. In my college too, I had very few friends because of my knowledge, I knew more than twice about anything than others. I had always looked at every situation rationally, free from emotions and prejudices.

Joining this community was a blessing to me as it provided me the access to the best minds in the nation. This community is one of the best options for Interview preparation. The coaching institutes give you their half-baked knowledge.

Q19. Your score reflects that you had a very good time with the board. Tell us an interesting question or happening that you remember from it.

They asked me 20 questions on banking sector and I have no interest or background or any distant link with this field. But, the interesting part is, even then I was able to answer all of them.

Q20. Did you appear for the State PSCs as well? If, yes, of which states? Please tell us about your experience with the State PSCs. Is this option a good backup in case you fail in CSE?

I appeared for Rajasthan PCS in 2004 and I regret my decision. They were acting like stooges and behaving irrationally. Gyan Prakash Pilania, the ex-DGP of Rajasthan, was the Chairman of RPSC. He was also the Chairman of Rajasthan Jat Mahasabha, a caste-based organization, at that time. Later on he became a Rajya Sabha MP on BJP ticket. How can you feel or say that they are unbiased and not the stooges of the State government? If I get a chance in future, I will certainly give them a good grilling for their irresponsible behavior and try to make the process more open, transparent and unbiased.

Q21. Please tell us about the books you referred for GS, History and Philosophy.

Q22. What magazines and newspapers you read during your preparation?

Q23. What was your daily schedule? How many hours of study you put in everyday?

Whatever time I had, I used it for studying. I usually studied for 13 to 15 hours daily. I did no other work than study.

Q24. Please tell us about your hobbies?

Meditation and reading literature were my hobbies.

Yes, if you read a lot you get so many ideas.

Yes, sometimes, although I have no problem with English but there is no study material

For Economics, S&T and Philosophy Paper 2.

I never found Luck an important factor in my success or in anyways helpful for me. But yes for some it may work.

Q28. Is there any proverb or quotation that helped you during Civil Service Preparation?

Yes but in Hindi or perhaps Persian,

Look at the lives of great personalities, one can say that they chose or made their destiny yet some can say that it was merely a twist of fate. Both are correct.

Q29. Sir you didn’t elaborate on the strategy at least give a small motivational message to the community.

I had not made a strategy, consciously, therefore I am not able to write it down but I can explain the process to all those who are curious through face-to-face interaction or through chatting, but you have ask the right questions to get the right answers.