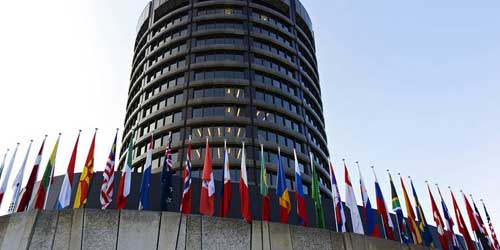 The Basel Committee on banking supervision provide a forum for regular cooperation on banking supervision matters. Its objective is to enhance understanding of key supervisory issues and improve the quality of banking supervision worldwide. It seeks to do so by exchanging information on national supervisory issues, approaches,and techniques, with a view to promoting common understanding.
At times, the basel committee uses this common understanding to develop guidelines and supervisory standards in areas where they are desirable. In this regard the committee is best known for its international standards on capital adequacy; the core principles for effective banking supervision; and the Concordat on cross-border banking supervision.
Read Also: Bankruptcy Bill Cleared by Joint Parliament Standing Committee
The Basel committee encourages contacts and cooperation among its members and other banking supervisory authority. It circulates the supervisors throughout the world both published and unpublished papers proving guidance on banking supervisory matters. The contacts have been further strengthened by an International Conference for Banking Supervisors (ICBS) which takes place every two years. The Committee’s Secretariat is located at the Bank for International Settlement in Basel, Switzerland, and is staffed mainly by professional supervisors on temporary secondment from member institutions. In addition to undertaking the secretariat work for the committee and its many expert sub-committees, it stands ready to give advice to supervisory authorities in all countries. Wayne Byres is the Secretary General of the Basel Committee.
The committee does not possess any formal supranational supervisory authority, and its conclusions do not, and were never intended to, have legal force. Rather, it formulates broad supervisory standards and guidelines and recommends statements of best practice in the expectation that individual authority will take steps to implement them through detailed arrangements-statutory or otherwise which are best suited their own national systems. In this way, committee encourages convergence towards common approaches and common standards without attempting detailed harmonisation of member countries’ supervisory techniques.
The committee reports to the central bank governors and Heads of Supervision of its member countries. It seeks their endorsements for their major initiatives. These decisions cover a very wide range of financial issues. On important objective of the committee’s work has been to close gaps in international supervisory coverage in pursuit of two basic principles: that no foreign banking establishment should escape supervision; and that supervision should be adequate. To achieve this, the committee has issued a long series of documents since 1975.
In 1988, the Committee decided to introduce a capital measurement referred to as the Basel Capital Accord. This system provided for the implementation of a credit risk measurement. Framework with a minimum capital standard of 8 percent by end-1992 since 1988, this framework has been progressively introduced not only in member countries but also in virtually all other countries with internationally active banks. In June 1999, the committee issued a proposal for a revised Capital Adequacy Framework.
Must Read: The Narasimham Committee
The proposed capital framework consist of three pillars: the minimum capital requirement which seeks to refine the standardised rules set forth in the 1988 accord; supervisory review of an institutions’ internal assessment process and capital adequacy; and effective use of disclosure to strengthen market discipline as the complement to supervisory efforts. Following extensive interaction with banks, industry groups and supervisory authorities that are not members of the committee, the revised framework was issued on 26th June 2004. This text serves as the basis for national rule-making and for banks to complete their preparation for the new framework implementation.
Over the past few years, the basel committee has moved more aggressively to promote sound supervisory standard worldwide. In close collaboration with many jurisdictions which are not members of the committee in 1997 it developed a set of “core principles for effective banking supervision”, which provides a comprehensive blueprint for an effective supervisory system. To facilitate implementation and assessment the committee in Oct 1999 developed the “core principles methodology”. The core principles and methodology were revised recently and released in Oct 2006.
In order to enable a wider group of countries to be associated with the work being pursued in Basel, the committee has always encouraged contacts and cooperation between its members and other banking supervisory authorities.Member countries:
Argentina, Australia, Belgium, Brazil, Canada, China, France, Germany, Hong-Kong, India, Indonesia, Italy, Japan, Luxembourg, Mexico,-Netherlands, Russia, Saudi Arabia, Singapore, South Africa, South Korea, Spain, Sweden, Switzerland, Turkey, UK, US.Also Read: Basel II and Basel III FrameworkRecommendation of the K.C. Chakrabarty Committee on Recapitalisation of RRBsDholakia Committee