United Nations Conference on Trade and Development (UNCTAD) is the principal organ of the United Nations General Assembly dealing with trade, investment, and development issues. It was established in 1964 as a permanent intergovernmental body. The organization’s goals are to: “maximize the trade, investment, and development opportunities of developing countries and assist them in their efforts to integrate into the world economy on an equitable basis.

Presently, it has become a permanent organization for promoting international trade with its headquarter at Geneva (Switzerland), Mr. Allec Irwin is its present Chairman. Generally, it has its session after four years. IMF has got the permanent representation in all its bodies. This is the reason why IMF includes all United Nations Conference on Trade and Development (UNCTAD) proposals in its policies. Its recommendations are only suggestions and no country can be compelled to accept them.

The details are as follows:

Objectives of United Nations Conference on Trade and Development

Members of United Nations Conference on Trade and Development

Though it is functioning as a permanent agency of the UNO, but its membership is fully optional. Any country may join or quit. The functions of the United Nations Conference on Trade and Development is that on democratic principles every member has only one voting right. For general disputes, the simple majority among present members but the two- third majority is needed for important issues.

Important Funding Agencies of the World

Asian Development Bank was established in Dec. 1966 on the recommendation of ECAFE (Economic Commission for Asia and the Far East). The aim of this Bank is to accelerate economic and social development in Asia and Pacific region. The  Bank started its functioning on January 1, 1967. The head office of the Bank is located at Manila, Philippines. It is worth mentioning here the Chairmanship of Asian Development Bank is always allotted to a Japanese while its three Deputy Chairman belongs to the USA, Europe, and Asia. At present, 63 nations are partner members of Asian Development Bank.
Don’t Miss: Insolvency and Bankruptcy Code, 2016

The principle functions of Asian Development Bank are:

The Basel II Framework describes a more comprehensive measure and minimum standard for capital adequacy for national supervisory authorities are now working to implement through domestic rule-making and adoption procedures. It seeks to improve on the existing rules by aligning regulatory capital requirements more closely to the underlined risks the banks face. In addition, the Basel II Framework intended to promote a more forward-looking approach to capital supervision, one that encourage banks to identify the risks they may face, today and in the future and to develop or improve their ability to manage those risks. As a result, it is intended to be more flexible and better able to evolve with advances in markets and risk management practices.
Must Read: Basel Banking Norms  What are Basel I, II, III ? Explained.
The efforts of the Basel Committee on banking supervision to revise the standard governing the capital adequacy of internationally active banks achieved a critical milestone in the publication of an agreed text in June 2004.
In Nov 2005, the committee issued an updated version of the revised framework incorporating the additional guidance set forth in the committee’s paper. The application of Basel II trading activities and the treatment of double default effects (July 2005).
On 4th July 2006, the committee issued a comprehensive version of the Basel II Framework. Solely as a matter convenience to readers, this 2004 Basel II Framework, the elements of the 1988 accord that were not revised during the Basel II process, the 1996 Amendment to the capital accord incorporate market risks, and the 2005 paper on the application of Basel II to trading activities and the treatment if double default effects. No new elements have been introduced in this compilation.
Read Also: Public Accounts Committee (PAC)

Basel III is a comprehensive set of reform measures, developed by the Basel Committee on banking supervision, to strengthen the regulation, supervision and risk management of the banking sector. These measures aim to :
The reforms target:
The two approaches to supervision are complementary as greater resilience at the individual bank level reduces the risk of system wide shocks.
Don’t Miss:
Committees On Various Sectors In Economy
Recommendation of the K.C. Chakrabarty Committee on Recapitalisation of RRBs
Recommendations of Narasimham Committee on Banking Sector Reform – 1998 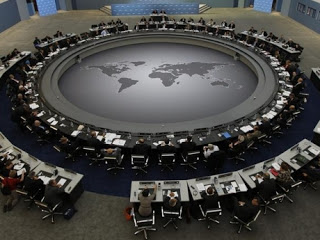 The Basel Committee on banking supervision provide a forum for regular cooperation on banking supervision matters. Its objective is to enhance understanding of key supervisory issues and improve the quality of banking supervision worldwide. It seeks to do so by exchanging information on national supervisory issues, approaches,and techniques, with a view to promoting common understanding.
At times, the basel committee uses this common understanding to develop guidelines and supervisory standards in areas where they are desirable. In this regard the committee is best known for its international standards on capital adequacy; the core principles for effective banking supervision; and the Concordat on cross-border banking supervision.
Read Also: Bankruptcy Bill Cleared by Joint Parliament Standing Committee
The Basel committee encourages contacts and cooperation among its members and other banking supervisory authority. It circulates the supervisors throughout the world both published and unpublished papers proving guidance on banking supervisory matters. The contacts have been further strengthened by an International Conference for Banking Supervisors (ICBS) which takes place every two years. The Committee’s Secretariat is located at the Bank for International Settlement in Basel, Switzerland, and is staffed mainly by professional supervisors on temporary secondment from member institutions. In addition to undertaking the secretariat work for the committee and its many expert sub-committees, it stands ready to give advice to supervisory authorities in all countries. Wayne Byres is the Secretary General of the Basel Committee.
The committee does not possess any formal supranational supervisory authority, and its conclusions do not, and were never intended to, have legal force. Rather, it formulates broad supervisory standards and guidelines and recommends statements of best practice in the expectation that individual authority will take steps to implement them through detailed arrangements-statutory or otherwise which are best suited their own national systems. In this way, committee encourages convergence towards common approaches and common standards without attempting detailed harmonisation of member countries’ supervisory techniques.
The committee reports to the central bank governors and Heads of Supervision of its member countries. It seeks their endorsements for their major initiatives. These decisions cover a very wide range of financial issues. On important objective of the committee’s work has been to close gaps in international supervisory coverage in pursuit of two basic principles: that no foreign banking establishment should escape supervision; and that supervision should be adequate. To achieve this, the committee has issued a long series of documents since 1975.
In 1988, the Committee decided to introduce a capital measurement referred to as the Basel Capital Accord. This system provided for the implementation of a credit risk measurement. Framework with a minimum capital standard of 8 percent by end-1992 since 1988, this framework has been progressively introduced not only in member countries but also in virtually all other countries with internationally active banks. In June 1999, the committee issued a proposal for a revised Capital Adequacy Framework.
Must Read: The Narasimham Committee
The proposed capital framework consist of three pillars: the minimum capital requirement which seeks to refine the standardised rules set forth in the 1988 accord; supervisory review of an institutions’ internal assessment process and capital adequacy; and effective use of disclosure to strengthen market discipline as the complement to supervisory efforts. Following extensive interaction with banks, industry groups and supervisory authorities that are not members of the committee, the revised framework was issued on 26th June 2004. This text serves as the basis for national rule-making and for banks to complete their preparation for the new framework implementation.
Over the past few years, the basel committee has moved more aggressively to promote sound supervisory standard worldwide. In close collaboration with many jurisdictions which are not members of the committee in 1997 it developed a set of “core principles for effective banking supervision”, which provides a comprehensive blueprint for an effective supervisory system. To facilitate implementation and assessment the committee in Oct 1999 developed the “core principles methodology”. The core principles and methodology were revised recently and released in Oct 2006.
In order to enable a wider group of countries to be associated with the work being pursued in Basel, the committee has always encouraged contacts and cooperation between its members and other banking supervisory authorities.Member countries:
Argentina, Australia, Belgium, Brazil, Canada, China, France, Germany, Hong-Kong, India, Indonesia, Italy, Japan, Luxembourg, Mexico,-Netherlands, Russia, Saudi Arabia, Singapore, South Africa, South Korea, Spain, Sweden, Switzerland, Turkey, UK, US.Also Read: Basel II and Basel III FrameworkRecommendation of the K.C. Chakrabarty Committee on Recapitalisation of RRBsDholakia Committee

Heads of Specialized organizations and agencies of the United Nations—