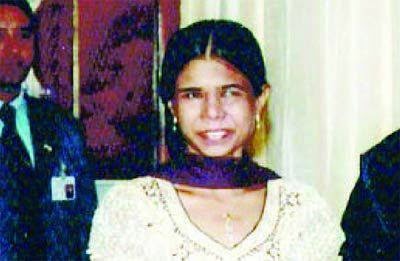 Visually challenged woman who cleared the Union Public Service Commission (UPSC) with distinction in 2008 but was denied posting got justice after a four-year battle and the intervention of Prime Minister Manmohan Singh. Purnima Jain, with about 75% visual disability, has been offered an Indian Railway Personnel Services (IRPS) posting under Group B of Class I.

lthough Purnima is willing to take up the new job, she isn’t satisfied with the posting as she says that her scores in the exams were level with those selected for IAS. “It’s a sort of double marginalisation: as a woman and then being physically challenged,” Purnima told ToI.

She cleared the UPSC 2008 exams with 1,123 marks and hoped to get into the IAS or IFS. But that was not to be as she was visually challenged. The person selected in the ’08 batch had got only 991 marks,” said Purnima, adding, “I got 210 marks out of 300 in the interview, which was equal to that year’s topper.”

When her order wasn’t issued, she moved the MP high court in which UPSC and DoPT raised “questions of maintainability”, stating that the court had no jurisdiction on such cases and asked her to approach Central Administrative Tribune (CAT), which he did.

“I approached CAT and finally the decision was in my favour,” said Purnima. But despite that, the government was not keen on implementing it. So, she approached Union minister V Narayanswami who assured her of action in two or three weeks.

“Following his intervention, UPSC recommended my name. Even then, the DoPT did not give me the offer letter. I then approached the Prime Minister with the help of CPM MP Brinda Karat. He assured me justice,” said Purnima. Soon, she got a letter from DoPT offering her a job in Indian Railways Personnel Service (IRPS) which she is going to take up next week. “I deserve more than what I am getting. But I am happy that I finally secured the position,” Purnima told ToI.

Daughter of Dr Prakash Jain, Purnima completed her BA, LLB jointly in which she scored nearly 80%. She then completed her masters in public administration in 2008 and qualified NET/JRF in 2009.