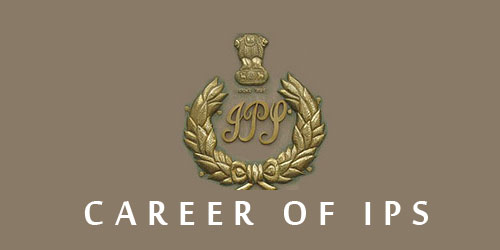 The Indian Police Service (IPS) is part of the Indian Civil Services that consist of two main sections — the All India Services and the Central Services that offers assured career path of an IPS officer and the progression in state. Indian Police Service is the ultimate fantasy for those whose blood boils against crimes and criminals. Being an IPS is not only a manly dream, but many young ladies also want to wear the khaki.

This is the premier uniformed civil service in the country. The IPS officers are responsible for the safety and security of the public. They mainly take care of the law and order, crime prevention and detection, traffic control and accident prevention and management, etc.

Here is the list to make you aware about the long career path of an IPS officer.

IPS is an all-India Service and entry to which is through one of the most toughest examination conducted every year throughout the country via; UPSC Civil Services examination. Meritorious candidates who cleared this examination and got coveted Indian Police Service have to undergo a one year training course at Sardar Vallabhbhai Patel National Police Academy (SVPNPA) in Hyderabad.

The training is of highest class. In SVPNA, the officer cadets are trained in various physical activities, weapons etc. They also get theoretical knowledge about IPC, various laws, social issues and management.

In the career path of an IPS officer, after the completion of training period, the officers are sent to their state cadres. In states, they get the designation of Assistant Superintendent of Police. They get the Pay Band 3 (Rs.15600 – 39,100) with Grade Pay of 5400. ASP is actually a probation period post in which time the officer learns from their senior about how the police mechanisms work in the grass root level.

After the probation is over the officer will get the Senior Time Scale at the 5th year of their service. At that time the officer will be promoted as the Additional Superintendent of Police in the districts. If he serves in any city at police commiserate then the post will be of Additional Deputy Commissioner of Police. In senior time scale, the grade pay becomes 6600.

In the career path of an IPS officer, after gathering some experiences about how to do policing for 9 years, the officer get promoted to the Junior Administrative Grade (JAG). At that period they does mainly managerial jobs. They seldom go to the spot of crime or trouble.

JAG officers get the post of Superintendent of Police (SP) in districts. In the city police they get the post of Deputy Commissioner (DC) of police. At the time of JAG, the IPS officer’s grade pay becomes 7600. It is the highest grade pay in scale 3 (15,600-39,100).

An IPS officer gets promoted to the Selection Grade after a continuous service of 13 years. In this grade, the officer gets the post of Senior Superintendent of Police (SSP) in district level. In the cities, the selection grade officer becomes Additional Commissioner of Police.

After serving the police department for a period of 14 years, the IPS is upgraded to Super Time Scale. In the states, the officers of this scale occupy the post of a Deputy Inspector General of Police (DIG). Officers holding Super Time Scale can be the commissioner of the small city police organizations. The grade pay in Super Time Scale is 8900 in PB4.

Read Also: How to Perform Your Best on Exam Day

In the career path of an IPS they gets the Senior Administrative Grade (SAG) after 18 years of service. At this stage of their career they become an Inspector General of Police (IG). In SAG she is entitled to have the grade pay of 10000.

An IPS officer becomes eligible for Higher Administrative Grades (HAG) after 25 years of satisfactory service. The officer gets the rank of Additional Director General of Police. These officers enjoy Pay Band 5 scales (67000-79000). Their grade pay is 12000.

Officers with brilliant career record and 30 years experience can reach the Apex Scale (80000 fixed). There is grade pay in the Apex Scale. Director General of Police (DGP) gets this scale as he is the head of the police force in his state. Also, the commissioner of mega city police forces also gets the Apex Scale. This is how the career path of an IPS officer ends with serving the State Government in various capacities ranging from Assistant Superintendent of Police at the beginning of his career to the Director General of Police at the stage of retirement.

Don’t Miss: The Ultimate IAS Preparation Guide – How to Prepare for IAS Effectively .