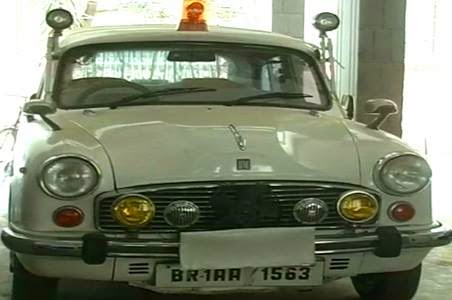 2. Your interest in Civil Services Examination

My interest in civil services was a natural outcome of my preference to certain subjects. I always liked to study social sciences and tried to go beyond what schools and books had taught me. Thankfully I had good teachers who understood my interest in these areas and encouraged me to look at civil services. During my graduate days, the courses that we took had a lot of commonalities with areas like governance and administration. It was the realization that only good administration and meaningful governance can bring about development which made me take up civil services seriously. I had two friends in my class who shared similar (both of them have cleared the exam) interest and together we decided that civil services was the way forward.

I chose Public Administration and Philosophy as my optionals. I chose Pub-Ad because it dealt with the nature of administration and felt it would be a useful subject not just for preparation but for the larger administrative work. I chose Philosophy as I liked the subject from college days. While there was a lot of material for Pub-Ad to start preparing, there wasn’t much for Philosophy. I had to rely on some books and the internet to cover the syllabus by myself. Finding others who had Pub-Ad as an optional was not very difficult and group discussion were regular. In the case of Philosophy, it was more of solitary preparation barring a few times when a professor at my college helped me with it.

I joined Shankar IAS academy for my preliminary preparation. I also attended GS Mains and took mock interviews at the academy. Shankar sir was a pillar of support and always believed that I would clear the examination. He took personal interest in how I went about the preparation and gave me valuable tips on how to prepare and write the exam. I attended coaching for Public Administration at the Prabha IAS Academy. Prabha sir was not only a great teacher but also a great man to emulate. His forthrightness, honesty and dedication in his work and teaching made the class interesting as well as inspiring.

The most fundamental part of the preparation is to create a schedule for the preparation. This schedule need not be written down or put on a calendar, it could very well be in our mind. I tried to fix monthly and weekly targets. In addition to that I made daily targets while allowing for some flexibility. I did not spend too much time hunting for materials and tried to leverage internet resources to the maximum. I made sure that there was a mix of careful study, a reflection of what I studied and then time for some general debate with friends. Creating small study groups was especially good for dealing with subjects I had less exposure to. I was glad that the study group that I was in had varied interests ranging from Physics to International Relations. During the preparation we made sure that all of us put in our individual effort to the maximum. Such study groups helped me get over portions of the syllabus that I personally would have given less attention. I tried to keep distractions to a minimum, only doing it when I felt stressed out. The length of the preparation, the length of the exam and the length of the period waiting for results all compounded to stress. It was necessary that this stress should not weaken the mind and ruin the preparation.

The general studies paper felt much easier than the year before and I thought it was a breeze to complete. I left out only some portion in statistics due to lack of time. My General Studies marks show another story, as I had not succeeded in getting my points across as I thought I had. I wish I had better time management skills for my G.S. paper. I personally found the first paper of Public Administration extremely tough, but I tried to answer it to the best of my ability. The UPSC had increased the number of questions for Philosophy, so finishing the paper turned out to be a challenge.

I was given Manbir Singh sir’s board for my interview. He was a former diplomat and was cordial to me throughout the interview. Before I went in, I kept out all my prejudices about the board I was getting or who was interviewing me. I was the first candidate of the day and I was relieved I did not have to wait for others to go before me. My previous experience with Vijay Singh sir’s board was a good one and I did decently in it (200 marks) and that gave me a confidence that I have what it takes to clear this stage. The first question by the chairman was about my educational background. From there he went to ask about the development in India and why despite so many government programmes we face issues. I pointed out to areas where there have been improvements but much more needs to be done for example in the PDS system. I had already prepared and discussed some questions on this and the Aadhar scheme and tried to divert the interview to my strengths. The next member asked about Saivadarshan, which I was not very familiar with so I did not reply to that question. He asked me about Jainism, Caravaka, given the Philosophy background, which I answered. There was a pressure test situation when he and another person asked about dowry situation, especially in Kerala. I pointed out it was unethical and demeaning to put a price on a person. The next member kept prodding me with the same topic asking why it was so much in prevalence then. I continued in a similar fashion pointing out the laws and the need to sensitize the people of the menace and connected it to the larger issue of equal role of women in the society. He then asked two questions about the Aadhar scheme which I had raised in an earlier answer. The lady member asked me about the evolution of PIL, whether it was a part of the constitution, Article 32, Lok Adalats and Fast track courts (all of which I answered except a question about a particular case). The last member asked about global village, and how to solve the Brahmputra dam issue with China. I do not exactly recollect what I said, but I answered it somewhat satisfactorily. Throughout the interview, the chairman was really cordial, the other members were not hostile, the lady member was also really cordial to me. Overall, I was satisfied with the interview performance.

Keep a positive frame of mind and be confident in yourself. Keep a healthy appetite for knowledge and remain calm and focused throughout the preparation.