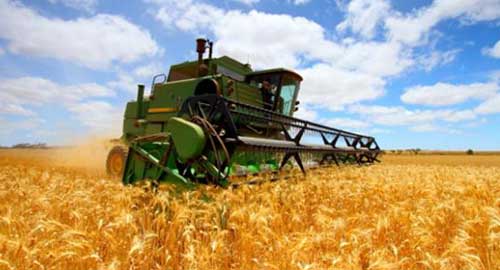 Groundnuts are grown in many parts of the world, in some countries they are eaten after being roasted and salted. Oil is also extracted from these nuts and is used as the cooking medium in many countries. Besides this, crops of the world are also used as animal feed.

Soya Beans are beans which rich in proteins and as such provide nourishment to both animals and humans. Edible oil is also extracted from these beans. The maturity  period of soybean crop ranges from 50 to 145 days. It is a Kharif crop.

Sunflowers are grown in many parts of the world for their seeds which provide an edible oil. The maturity  period of Sunflower crop ranges from 80-115 day. It is grown in both Kharif and rabi seasons.

Read Also: Types of Indian soils and their distribution

Tea and Cocoa are both cash crops of the world. Tea is grown on hill slopes in areas which have plenty of rains on the other hand cocoa plant require a moist and heavy soil. Tea is popular as beverage while cocoa is used for many things amongst which the making of chocolates is most important.

Coffee is also a cash crops of the world which requires hot climate and both dry and wet season. Frost or drought can easily damage these crops of the world. Coffee beans are roasted and ground into a fine powder which is used for making a beverage. Most of the worlds’ coffee is grown in Brazil.

Sugar beet grows in a rich and deep soil in a temperate climate and most of it is grown in Europe.

Wheat is a very important grain crop grown mostly in the temperate regions in some monsoon areas as a winter crops of the world.

Must Read: Major Crops of India

Corn is used mostly as animal feed and its needs warm climate with plenty of the sunshine and irrigation or summer rain. It is consumed by humans as food in India, Africa, Latin America, etc.

Oats are mostly grown in temperate regions as cattle feed but is also used as a breakfast food in the form of oatmeal or porridge.

Rye is an important food stuff in north Asia and eastern Europe and is the hardest of all cereals. Poland is the largest producer.

Barley is largely used as an animal feed or by the braveries and malt industries. It can be harvested within eight weeks of seeding.

Potatoes grow all over the world but largely in the temperate climate with lots of rain. It is an important food crops of the world though it has less nutritious value compared to grain crops.

Millets is a common name of the variety of plants in the grass family,  of the sorghum is the most important, India is the largest producer of these.

Sugarcane requires solid conditions which are similar to sugar beet but requires a tropical climate. Sugarcane plants grow up to fifteen feet in height. When ready for harvesting the stout shafts of cane are cut close to the ground and the leaves are removed. The juice extracted from this cane is used for making sugar.