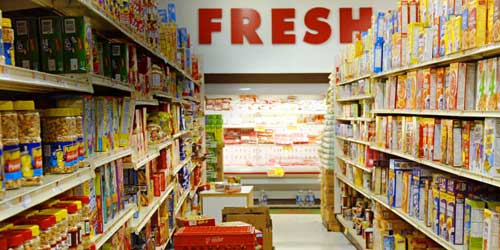 In the Fast-Moving Consumer Goods (FMCG) sector, homegrown firms have outpaced many Multinational Companies (MNCs) in growth and market cap. It could become possible because of better consumer connect, inorganic growth and entry into global markets.

According to a Anand Rathi Institutional Research report, the study of FMCG companies, over 10 years, in India establishes the fact that domestic firms have clearly left behind many MNCs, in growth and market cap. It is heartening that over the years domestic FMCG firms have transformed from single-product companies to multi-category firms. The Research said that FMCG Firms’ margin and return ratio have improved, by the use of steady cash-flows to invest in products and distribution to enhance growth.

The revenues of the FMCG firms have registered a 21 per cent CAGR over 10 years from the financial year 2005-06 to 2014-15, while their profits have been registered at a 24 percent CAGR.

During the same period of ten years FMCG MNCs have registered a lower 13 percent CAGR in revenue, while their profits have come at a 14 percent CAGR.

It has been claimed in the Research report that domestic FMCG players have developed their product portfolios from recess offerings such as Chyawanprash to more mainstream offerings such as skin care products and beverages. And the cash flows from these recess products have been utilized by the domestic entrepreneurs to expand into new product categories.

Must Read: The Vijayanagar Empire: Social life and Economic condition

Reasons for Growth of Domestic FMCG

It has been noticed that most domestic firms have been competent to leverage the their three, barring innovation, ‘I’s for better than MNCs. It is on record that domestic firms-such as Dabur, Emami, Bajaj Crop., Marico etc. have largely ascribed their rise to traditional categories such as hair oils, chyawanprash, natural/aurvedic health care, etc.

The simple reason behind this is that many domestic players comprehend traditional Indian preferences better and have offerings to address these preferences.

The amazing growth of domestic FMCG companies has been assisted by a better sales mix, scaled-up benefits, and greater cost-controls. The margin gains are expected to continue especially for small and midcap FMCG operators that have yet to get profit from the scaled-up benefits.

Establishing a sort of trend, most of the domestic FMCG initiated their international business in ‘exports’ that acquired pace with a distributor model and later through forming manufacturing capacities. In addition, the inorganic route has been patted to capture a large slice of the international pie.

The focus of these businesses is in emerging economies such as Africa, the Middle East, South East Asia and South America, pointing to growth potential. It is important here to note that domestic FMCG firms have embarked on a slew of acquisitions internationally, which have accrued in their fast growing international sales. It has been watched with keen interest that while MNCs have been very cautious with acquisitions owing to precipitous valuations and an uncomfortable fit with their portfolios, many domestic players have been quite aggressive on inorganic growth. No one can deny business and grown them fast.

Marico’s international operating margin has improved from single digits to 17 percent in the financial year 2015. Similarly, GCPL has enhanced its margin in its South American operations by cost-saving steps through Project Iceberg.