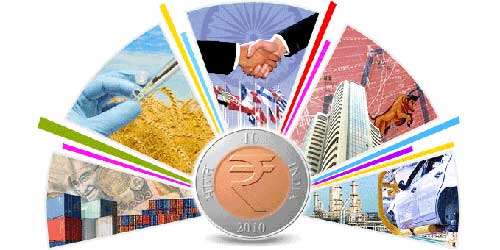 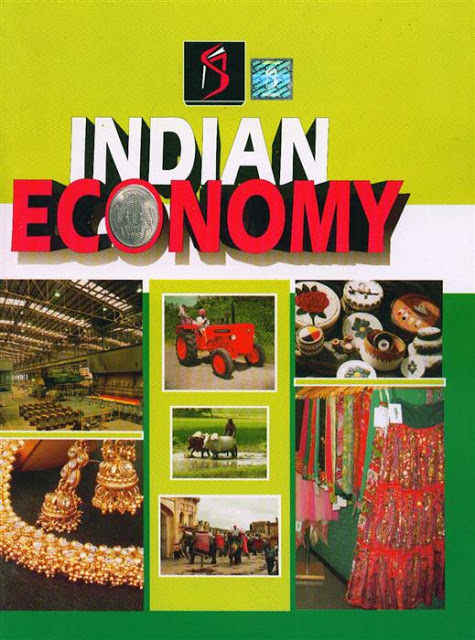 India’s self-employed workforce shrank between 2004-05 and 2009-10 :
Reports released on April 21, 2013 revealed that there was lack of substantial increase in employment in India between 2004-05 and 2009-10. During that period, the self-employed workforce in the country shrank from 56.4 percent to 50.7 percent of the total workforce. In terms of numbers, the self-employed decreased from 258.4 million to 232.7 million during this period while regular salaried class rose in numbers from 69.7 million to
75.1             million. The ranks of casual labour swelled from 129.7 million to 151.3 million. In all, the total workforce increased from 457.8.million to
459.1          million, a rise of just 0.3 percent.
The findings were based on data
collected by the National Sample Survey Organisation (NSSO). The NSSO data exhibited a shift in general employment status in the country. Between 2004-05 and 2009-10, the percentage of regular salaried workers increased from 15.2 percent to 16.4 percent. There was a jump in casual labour from 28.3 percent to 33 percent. It indicates that formal employment that accompanies new real estate development, industry and urbanisation has lagged. This would include service providers like roadside eateries, local transport, small shops and services like appliance repair.
Centre comes out with revised consolidated guidelines on FDI : With a view to further simplifying the foreign investment regime, the Central Government on April 6, 2013 came out with the revised consolidated guidelines on foreign direct investment (FDI). The guidelines incorporated changes with regard to inflows in multi-brand retail besides allowing Pakistani nationals and companies to invest in India. Further, the government set in motion policy changes in various other sectors such as single brand retail, asset reconstruction companies (ARCs), power exchanges, civil aviation, broadcasting and non­banking finance companies (NBFCs).
In was in 2012 that the Central Government permitted 51 percent FDI in multi-brand retail sector, despite opposition from some of its key allies and a number of State Governments. The government also allowed foreign airlines to pick up 49 percent stake in the cash-strapped domestic carriers. Similarly, it had raised the FDI cap to 74 percent in various services of the broadcasting sector. The foreign investment ceiling in ARCs had also been increased to 74 percent from 49 percent, a move aimed at bringing more foreign expertise in this segment. 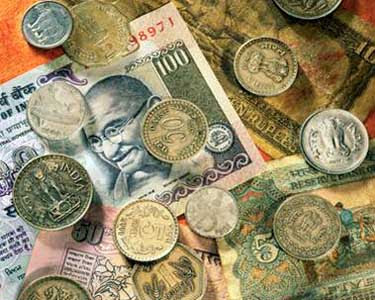 Madhya Pradesh registers highest growth among the States : According to data (provisional) released by the Central Statistical Organisation (CSO) on March 29, 2013, Madhya Pradesh has emerged as the State with the highest growth rate in the country. As per the data, it has dislodged Bihar from its numero uno position in terms of the biggest growth of gross State domestic product. Madhya Pradesh added more than Rs. 20,000 crore to its economy over the 2012-13 financial year. It took the State’s GDP from Rs. 2,01,290 crore a year ago to Rs. 2,21,463 crore as of now. The rate of growth for the State during the period stood at 10.02 percent.
Bihar’s growth slipped from an impressive 13.26 percent in 20.11-12 to 9.48 percent in 2012-13. The State added merely Rs. 1,090 in. 2012-13 to its per Capita income. In comparison, Jharkhand and Madhya Pradesh saw their per capita incomes rise by over Rs. 2,000 during the period. Odisha also managed to add Rs. 1,450 to its per capita income.
CSO data shows that among the States, Madhya Pradesh has been a consistent performer in terms of growth. The State grew by 12.47 percent in 2008-09. The following year it defied downturn to post a respectable 9.88 percent. Though the State’s growth came down to 7.13 percent in 2010-11, it bounced back to double digit by managing a rate of 11.81 percent in 2011-12.
Comprehensive State-wise growth data, however, is still to be compiled. This is because the figures from Kerala, Maharashtra, Gujarat, Rajasthan and Delhi are yet to come in.
Current account deficit widens : As per data released by the Reserve Bank of India on March 28, 2013, India’s current account deficit (CAD) reached a record high of 6.7 percent of GDP in the third quarter (October-December) of the 2012-13 financial year, driven mainly by the large trade deficit. The CAD, which in effect is the difference between the inflow and outflow of foreign capital, had stood at 5.4 percent of GDP in the previous quarter (July-September) of the fiscal.
In monetary terms, CAD widened in the October-December quarter of 2012- 13 to $32 billion, markedly up from the $20 billion in the same quarter of the previous fiscal. The rise was mainly on account of a significant increase in oil and gold imports at a time when exports have remained particularly subdued in the wake of an uncertain global environment and recessionary conditions prevailing in the US and Europe, India’s main markets.
During the April-December period of 2012-13, CAD stood at $71.7 billion, which worked out to 5.4 percent of GDP. In the comparable period, i.e. the first half of fiscal 2011-12, CAD had stood at $56.5 billion, or 4.1 percent of GDP. During the October-December quarter of 2012-13, the trade deficit widened to $59.6 billion, up from $48.6 billion in the same quarter a year ago.
As has been mentioned above, the country’s CAD rose to 5.4 percent in the second quarter (July-September) of the 2012-13 fiscal. The reasons for this include the widening of trade deficit and slower growth in invisibles. The rise in CAD to GDP ratio was partly due to slower growth in GDP and rupee depreciation. A steeper decline in exports growth (12.2 percent year-on-year) compared with the imports growth (4.8 percent year-on-year) led to the widening of trade deficit. The trade deficit widened to $48.3 billion during the quarter under review from $44.5 billion during the corresponding quarter of the previous year. While the net services receipts registered reasonable increase, net invisibles earnings could finance only a lower proportion of trade deficit. This was because the net primary and secondary income flows were relatively smaller. Consequently, the CAD worsened to $22.3 billion in the second quarter of 2012-13 as compared to $16.4 billion in the preceding quarter and $18.9 billion in the second quarter of 2011-12.
Contribution by CPSEs to exchequer rises : The         Public
Enterprises Survey 2011-12 was released on March 9, 2013. According to the survey, the gross value addition by the Central public sector enterprises (CPSEs) increased to 5.67 percent of the gross domestic product (GDP) in 2011-12. In the previous fiscal (2010-11), the gross value addition of CPSEs stood at 5.44 percent. However, if the under­recoveries of oil marketing companies (amounting to Rs. 55,041 crore in 2011- 12 and Rs. 37,190 crore in 2010-11) are included, then the share of gross value addition of all these CPSEs in the GDP comes to 6.29 percent in 2011-12 and 6.78 percent in 2010-11. As per the
survey, the CPSEs contribute to the Central Exchequer by way of dividend payment, interest on government loans, and payment of taxes and duties.

Job generation under MGNREGS declines : In a report released on February 2, 2013, the Ministry of Rural Development said that employment was on a decline under the Centra) Government’s flagship job generation programme—the Mahatma Gandhi National Rural Employment Guarantee Scheme (MGNREGS). The-revelations made bv the latest data run counter to the claims of success of the scheme being made bv the government.
Between 2009-10. and 201 1-12, the total work generated by this flagship programme declined from 284 crore persondavs to 211 persondavs. This * represents a decline of about 25 percent in the first three rears ot the second tenure of the UPA Government. It is worth mentioning here that one personday is one person working for a day. The data up to end-Januarv 2013 suggests that there will be a further fall in job generation under MGNREGS in 2012-13.
Some States that have shown major decline in job generation over this period are Karnataka (a decline of 65 percent), Rajasthan (53 percent), Assam (52 percent), Gujarat (47 percent), Bihar (45 percent) and Madhya Pradesh (40 percent). Only a handful of States— Maharashtra, Tamil Nadu, Haryana, Chhattisgarh and Jammu & Kashmir— have shown an increase in job generation under this scheme.
More surprising is the fact that jobs created for the most marginalised sections—adivasis and dalits—have witnessed the biggest decline in generation. In most of the abovementioned States where job generation has taken a beating, jobs for marginalised sections have declined by as much as 70 percent or even more. 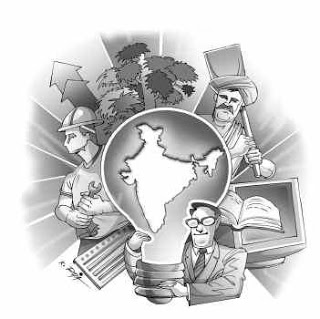 A silver lining in recent months was increasing interest among Chinese firms to invest in India. Reflecting a new trend, more small and medium Chinese enterprises and newer firms are joining the bigger and more established companies in investing in Indian facilities

India’s external debt up : As per 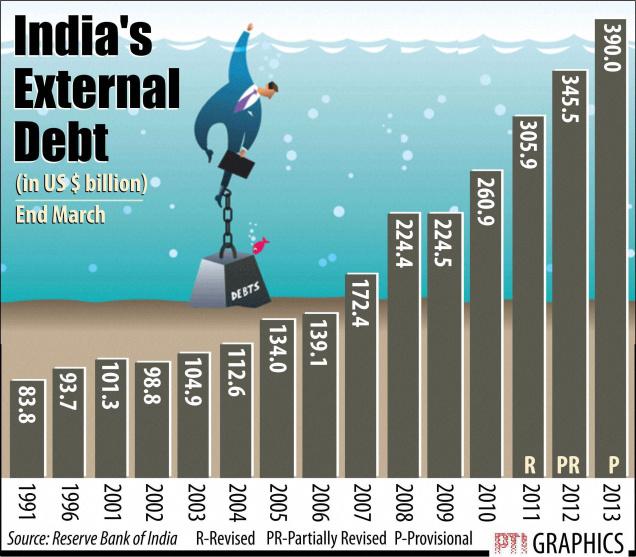 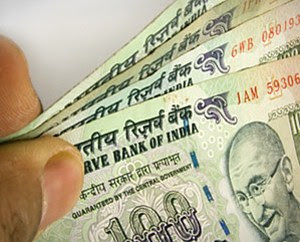 Investor wealth up by 27 percent in 2012 : According to Data released by the Securities and Exchange Board of India (SEBI) on December 29, 2012, India’s investor wealth soared by 27 percent to around Rs. 67.8 lakh crore in 2012. During the year, the country’s stock indices gained nearly 25 percent on hefty capital inflows, helped by a slew of reform measures, even as concerns continued to remain over economic growth and rising fiscal deficit. Indian bourses made a dramatic turnaround after a meltdown in 2011, leaving behind a strong sense of optimism among investors. The smart recovery helped investor wealth to soar by over $14.5 lakh crore to Rs. 67,78,609 crore (as on December 21, 2012), in comparison to Rs. 53,12,875 crore at the end of the year 2011.
Investors ignored falling industrial output, declining exports, ballooning fiscal deficit, overall gloomy economic scenario in domestic and international markets amid fears of the European debt crisis to spiral over worldwide. Foreign institutional investors (FIIs) made the second largest investment in the Indian capital market during the year under review. As per the SEBI data, FIIs pumped in Rs. 1,21,652 crore ($23.15 billion) in 2012. It is second only to the inflows witnessed in 2010, which accounted for Rs. 1,33,266 crore ($29.36 billion).
India ranks 40th among 50 most dynamic economies in the world :

According to the Global Dynamism Index (GDI) released by reputed tax and advisory firm Grant Thornton on December 27, 2012, India ranked” a lowly 40th among 50 economies in the world in terms of dynamism. The index, put together on the basis of an analysis of 22 indicators on dynamism, is topped by Singapore. The indicators were spread across five categories.: business operating envi-ronment, economics & growth, science & technology, labour & human capital, and financing management.
The GDI index defined dynamism as the changes to the economy which have enabled recovery from the 2008-09 economic recession and are likely to lead to a fast rate of future growth. Singapore was followed by Finland in the list. The others in the top ten were : Sweden (3rd), Israel (4th), Austria (5th), Australia (6th), Switzerland (7th), South Korea (8th), Germany (9th) and USA (10th).
India fared well in the parameter of economic ‘& growth, ranking as high as fifth behind Argentina, China, Uruguay and Chile. In terms of other parameters, however, India fared badly. Out of 50 countries, India was ranked 46th for its business operating environment. It is at number 43 in financing management. In terms of labour & human capital, the •^country was 33rd. In science & techno­logy, the country was placed 37th.