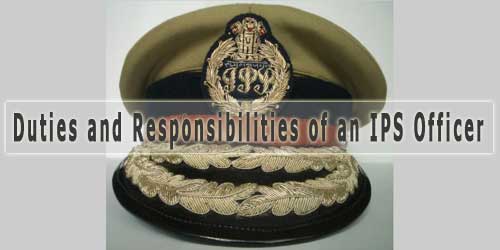 All around India IPS officers are responsible to make sure that the Law and order is maintained in the country. Civil Services Exam is conducted by Union Public Service Commission and IPS officers are selected through this exam conducted similar to IAS officers.

Primary duty of an IAS Officers is to make sure that people under their jurisdiction are safe. Roles of IPS officer changes according to different IPS officers rank. However, each IPS officers needs to perform some basic task in their allotted state or district.

Must Read: Career Path of an IPS Officer

Also Read: Functions and Service Hierarchy of an IAS Officers

You May Also Love to Read: Career Path of IAS Officers

Service Hierarchy of an IPS Officer

Don’t Miss: Role and Career of IRS Officers in the Government of India

You May Also Love to Read: Role of Civil Servants (IAS, IPS, IRS, IFS and IES)