An Introduction to Buddhist Councils, Schools, Texts and Sites

Gautam Buddha was born in Lumbini (Kapilavastu) in 563 BC, he belonged to Shakya Kshatriya clan. His Father Suddhodhana was a king and mother Mahamaya was princess of Kosala. He was brought up by his aunt Goutami. He married to Yasodhara and had a son named Rahul. He left home when he was 29 years old to become a wandering ascetic. The event of leaving home known as Mahabiniskarmana. He joined five ascetics Kondana, Vappa, Bhaidiya, Mahanama and Assagi and became their leader.

At the age of 35 he achieved enlightenment at Uruvela (Bodh-Gaya) on the bank of Niranjana River (528 BC) His first Sermon is called Dharmachakra-pravartana. Buddha died in 483 BC in Kushinagar at age of 80. Event of his death is known as Mahaparinirvana.

The Councils of Buddhism

The Schools of Buddhism

The Texts of Buddhism 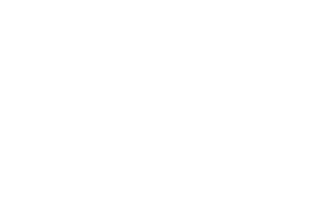 The socio-economic life, that project simplicity, of Vedic Aryans was quite opposite to the religious aspect, that was highly ritualized, of their...
Read more
Culture

The Vedic Period or the Vedic Age refers to that time period when the Vedic Sanskrit texts were composed in India. The society that...
Read more
Culture

Religion is one of the basic institutions of any society. It is a universal system which is found in every society. Religion can be...
Read more
Culture

The land which is known all over the globe for its cultural and religious diversity, India, observes festivals throughout the year. People belonging to...
Read more
Culture

The caste system in India

The caste system in India is a system of social stratification, which is now also used as a basis for affirmative action. Historically, it separated communities into thousands  of...
Read more
Culture

The word ‘Festival’ has its origin in the Latin word ‘Festivus’ meaning merry or happy. Festivals, true to their meaning, are a time for...
Read more