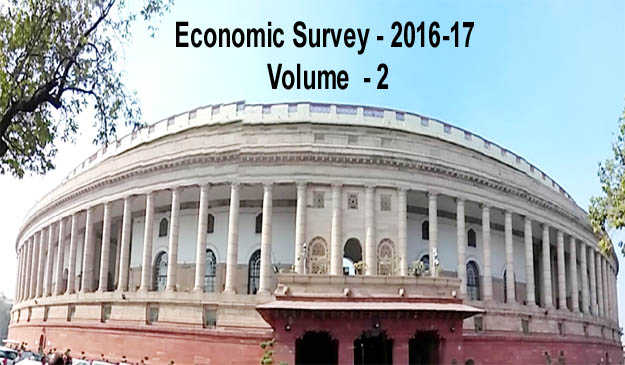 Economic Survey generally comes in two volumes. But this year due to the paucity of time and some major ongoing economic developments like demonetization, GST bill etc. the second volume was delayed and only the first volume was released in January. Now when Economic Survey 2016-17 Volume-2  is released, let us check out some of its key highlights.