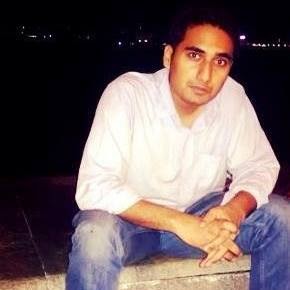 Delhi-based Munish Sharma and Rachit Raj have got second and third positions respectively.
Munish has a Bachelor of Science (Biochemistry) degree from Sri Venkateswara College, Delhi University. He got through the exam in second attempt.

Rachit has cracked the examination in his first attempt. Bharti Dixit is the topper among female candidates. She has secured fifth rank. She has done Bachelor of Medicine and Bachelor of Surgery (MBBS) from Lady Hardinge Medical College, Delhi. This was her first attempt.

Hard work is the only way. The results will come automatically says Gaurav Agrawal(Civil Service Exam Topper 2013-14)
Gaurav Agrawal initially reacted with disbelief when he was informed Thursday that he has topped the prestigious civil services examination this year.
“Initially I could not believe. Then I started receiving calls from my friends, father, mother and wife congratulating me,” the 29-year-old from Jaipur said.
Gaurav, who passed the Indian Administrative Service (IAS) exam in the second attempt, is currently undergoing training at the Sardar Vallabhbhai Patel National Police Academy here.
“IAS is my first choice. It is a field job. You can meet people, understand their problems and then try to solve them,” said Gaurav, whose father Suresh Chandra Gupta is a manager in Jaipur Dairy and mother Suman Gupta is a housewife.
His father and wife Preeti, a physician, are reaching Hyderabad Friday to join him in the celebrations. He is the only son of his parents while his elder sister lives in the United States.
Coming from an upper middle class family, Gaurav always excelled in studies. Last year he got 244th rank and chose Indian Police Service (IPS).
He holds a Bachelor of Technology (Computer Science) degree from the Indian Institute of Technology (IIT) – Kanpur and a Post-Graduate Diploma in Management from Indian Institute of Management (IIM) – Lucknow. He was a gold medallist in IIM.
Gaurav worked as an investment banker in Citi Group in Hong Kong for four years but returned to India to prepare for the IAS.
A strong believer in hard work, he chose history and economics as optional subjects last year though he had no background of history. This year his optional was economics.
“I had interest in studies from the beginning. I always loved reading and writing,” Gaurav said. He, however, admitted that he had slipped after making it to IIT. “I had failed and my degree had to be extended. This was a lesson for me. I then started focusing on studies,” he said.
Gaurav has a message for youngsters: “One should identify one’s weaknesses and overcome them because there is a general tendency to negate the shortcomings. We should continuously think of improving.”
He also wants students not to become arrogant on small achievements. “We should strive for our ultimate goal. Hard work is the only way. The results will come automatically,” he said. 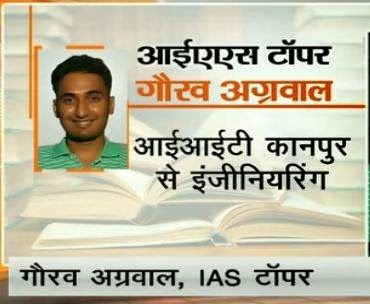