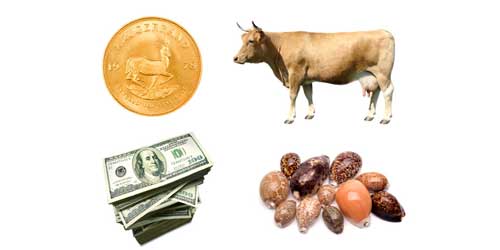 Today we take money for granted. We use coins, bills, checks, and credit cards without giving them a second thought. We depend on our money to hold its value and to buy things for us when we need them. The history of money spans thousands of years from bartering and the first coins to credit cards and electronic money.

The oldest way of doing business did not involve any money at all. People would trade goods. For example, if a person wanted a chicken, they would offer another good, perhaps a dozen apples in exchange. Once both parties agreed, they would make the trade. This form of trading was difficult and inefficient.

Must Read: How Paper Money is Made?

As advanced civilizations developed, people around the world began to use the money. Different regions used different types of items as history of money includes cowry shells, salt, cattle, beads, grains, and durable metals. Over time, many societies began to use metals such as gold and silver for money. Metals were durable and could be weighed to verify their value.

Between 600 and 700 BC, larger cities and civilizations began to use coins made from medal. Early coins were made of all sizes and shapes. Some coins had holes in the center so they could be carried on a string. Eventually, coins were minted by the local ruler or king. These coins were more precisely made and had a stamp on them saying that they were backed by the king. These coins allowed for easier commerce as they didn’t have to be constantly weighed.

Also Read: How Coins are made?

Paper money was first invented around 600 AD in China. However, it wasn’t commonly used as money in China until around 1000 AD. It took a lot longer before paper money was first used in Europe. Banks began to issue banknotes in the 1600s in Europe. At first, a banknote was really just a promise that the bank would give the bearer a certain amount of coins. Eventually, the banknotes began to be used as history of money.

The first U.S. paper money was Continental Currency which was printed to help finance the Revolutionary War. After the war, the Continental became worthless and coins continued to be the main form of money. During the Civil War, coins became scarce and the government began to print paper money again. This money was printed with green ink on one side and became known as greenbacks. At first, people still didn’t like using paper money, but then the government said they would back the money with gold and paper money became more commonly used.

Have a Look at: How Banks Work?

Credit cards were first issued in the 1950s and 1960s. In 1958, Bank of America issued a card that would later become Visa. A number of other banks launched a rival card, MasterCard, in 1966. Credit cards have since become one of the most common forms of payment.

Interesting Facts About the History of Money