Nationalised Banks in India Before Merger

There were 26 Nationalized Banks in India at before mega merger of banks. They were as follows: 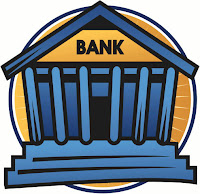 The Indian Economy is the 9th largest economy of the world and also one of the fastest growing world economies. The most top industries...
Read more
Economy

Economics is the science which studies human behaviour and aims at meeting maximum objectives with the help of limited resources. It is the art...
Read more
Economy

The economy of India is the tenth-largest in the world by nominal GDP and the third-largest by purchasing power parity (PPP). The country is...
Read more
Economy

The Industrial Revolution was a period from the 18th to the 19th century where major changes in agriculture, manufacturing, mining, transport, and technology had...
Read more
Economy

The Indian economy has been premised on the concept of planning. This has been carried through the Five-Year Plans, developed, executed, and monitored by the Planning Commission. With the Prime...
Read more
Economy

The Planning Commission is an institution in the Government of India, which formulates India's Five-Year Plans, among other functions. It is located at Yojana...
Read more