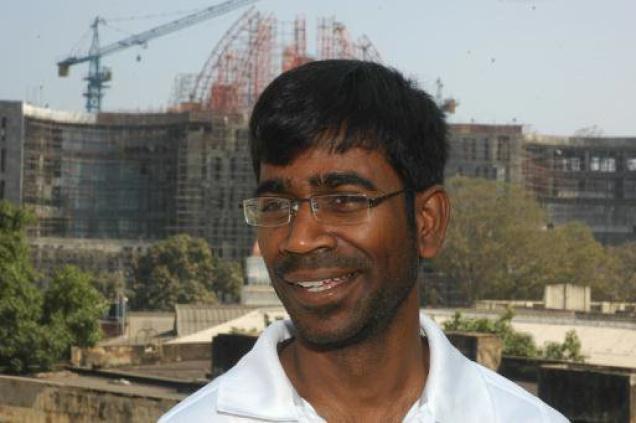 You can scale the highest of mountains with courage and determination. Nandakumar just had these qualities and overcame all difficulties to become an IRS officer

Young, suave, articulate and studious are the words that best describe V Nandakumar, an IRS officer.

Nandakumar, who is now an assistant director, investigation department, in the income tax office at Nungambakam,is a role model for many IAS aspirants.

The childhood of this 2004-batch IRS officer was not a bed of roses. He was a school dropout. “I once sold lottery tickets, worked in mechanic shops, as well as television and radio repair centres. Initially I enjoyed the routine as there was no homework and I did not get scolded by teachers. But later, my friends’ parents did not allow me to mingle with them. That was the turning point,” he informs.

After battling dyslexia, Nandakumar secured 52 per cent in his 12th standard examinations. He knocked the doors of many colleges but was denied admission. Finally, he got admission to the English literature course at the Dr Ambedkar Arts and Science College.

“I was an average student and it was difficult to follow English but I worked hard and I was the only one who passed out of college with distinction in English literature,” he recalls. In 1997, Nandakumar started preparing for the UPSC examination. With sheer determination, he cracked this tough examination and now holds a prestigious post.