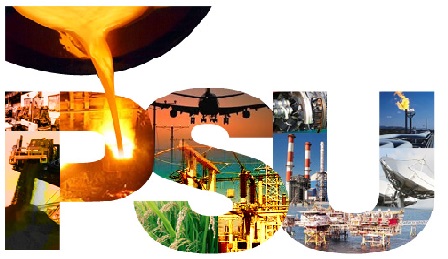 Maharatna title to Central Public Sector Enterprise is granted to selected high valued companies with an objective to delegate ample power and authority to the Board of Directors, so the enterprise may excel significantly in order to meet the global industrial excellence.

To become a Maharatna Company following standards must fulfilled:

Bharat Heavy Electricals Limited (BHEL) owned by Government of India, is a power plant equipment manufacturer and operates as an engineering and manufacturing company based in New Delhi, India. BHEL was established in 1964. Public Sector Undertakings (PSUs) of India clubbed under the esteemed “Maharatna” status, which it received in February 2013.

Coal India Limited (CIL) is an Indian state-controlled coal mining company headquartered in Kolkata, West Bengal, India. It is the largest coal producer company in the world and contributes around 81% of the coal production in India. In April 2011, CIL was conferred the Maharatna status by the Union Government of India.

GAIL (India) Limited is the largest state-owned natural gas processing and distribution company in India, It is headquartered in New Delhi. It has following business segments: Natural Gas, Liquid Hydrocarbon, Liquefied petroleum gas Transmission, Petrochemical, City Gas Distribution, Exploration and Production, GAILTEL and Electricity Generation. GAIL has been conferred with the Maharatna status on 1 Feb 2013, by the Government of India.

NTPC Limited (formerly known as National Thermal Power Corporation Limited) is a Central Public Sector Undertaking (CPSU) under the Ministry of Power, Government of India, engaged in the business of generation of electricity and allied activities. The headquarters of the company is situated at New Delhi. In May 2010, NTPC was conferred Maharatna status by the Union Government of India. It is listed in Forbes Global 2000 for 2014 at 424th rank in the world.

Oil and Natural Gas Corporation Limited (ONGC) is an Indian multinational oil and gas company headquartered in Dehradun, India. ONGC was founded on 14 August 1956 by Government of India. It is a Public Sector Undertaking (PSU) of the Government of India, under the administrative control of the Ministry of Petroleum and Natural Gas. It is India’s largest oil and gas exploration and production company. It produces around 69% of India’s crude oil and around 62% of its natural gas.

SAIL traces its origin to the Hindustan Steel Limited (HSL) which was set up on 19 January 1954. Steel Authority of India Limited (SAIL) is one of the largest state-owned steel-making company based in New Delhi, India and one of the top steel makers in World. It is a public sector undertaking which trades publicly in the market is largely owned by Government of India and acts like an operating company. SAIL is the 24th largest steel producer in the world.