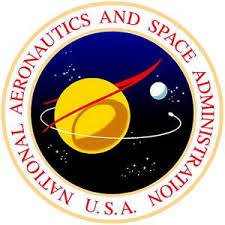 National Aeronautics and Space Administration (NASA), independent U.S. governmental agency established in 1958 for the research and development of vehicles and activities for the exploration of space within and outside of Earth’s atmosphere.

NASA’s administrator is the agency’s highest-ranking official and serves as the senior space science adviser to the President of the United States. The agency’s administration is located at NASA Headquarters in Washington, DC and provides overall guidance and direction.

NASA was created largely in response to the Soviet launching of Sputnik in 1957. It was organized around the National Advisory Committee for Aeronautics (NACA), which had been created by Congress in 1915. NASA’s organization was well underway by the early years of President John F. Kennedy’s administration when Kennedy proposed that the United States put a man on the Moon by the end of the 1960s.

The organization is composed of five program offices:

NASA shares data with various national and international organizations such as from the Greenhouse Gases Observing Satellite.

NASA has launched a number of significant scientific probes such as the Pioneer and Voyager spacecraft that have explored the Moon, the planets, and other areas of our solar system. NASA has sent several spacecraft to investigate Mars including the Viking and Mars Pathfinder spacecraft.

NASA has helped bring about new generations of communications satellites such as the Echo, Telstar, and Syncom satellites. NASA’s Earth science efforts have also literally changed the way we view our home planet; the Landsat and Earth Observing System spacecraft have contributed many important scientific findings. NASA technology has also resulted in numerous “spin-offs” in wide-ranging scientific, technical, and commercial fields.

The Earth and the Universe