My account
Get into your account.
LoginRegister
Plans
Home Guidance How To Prepare Major Changes Expected in UPSC Exams 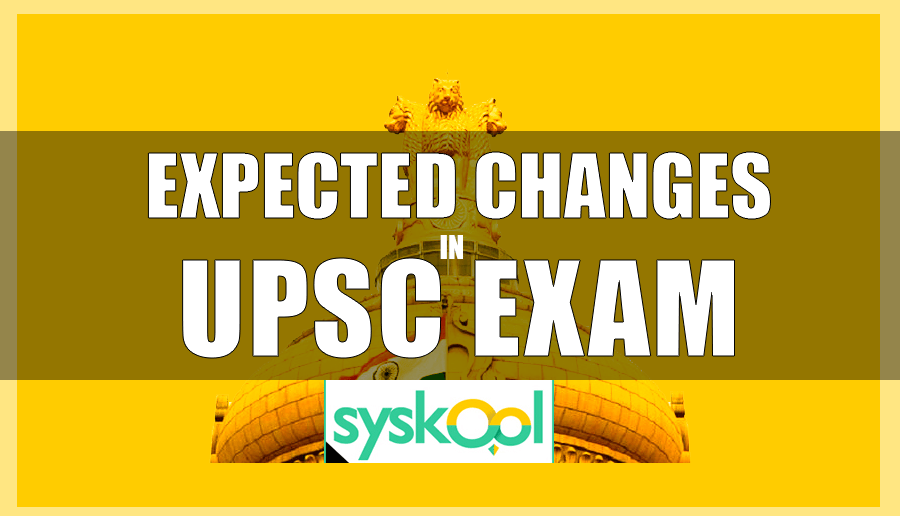 UPSC is likely to bring some changes in Civil Services Exams, as various newspapers are reporting. The possibility of some key changes may be about optional subjects and upper age limit in this exams.

This news began with a reply to RTI query. The department of personnel and training (DoPT) said in response to an RTI query filed by a PTI correspondent that “The Baswan Committee’s report along with UPSC’s recommendations on it has been received on 20 March 2017, and the same is under examination.”.

Earlier, Minister of State for Personnel Jitendra Singh had told Rajya Sabha in a written reply in November last year that “The recommendations made by the committee including on pattern of civil service examination and age limit are presently under consideration of the UPSC”.

What is Baswan Committe?

The Union Public Service Commission (UPSC) had constituted an expert committee under the chairmanship of former human resource development secretary and retired IAS officer B.S. Baswan to review the scheme of civil service examination in August 2015.

Other Members of the Committee were:

It is yet to be approved , announced and confirmed; but some likely changes as reported by various news agencies through their sources are related to Optional Subjects, Age limit etc.

1. The optional paper that the aspirants have to appear for may be completely done away with. This is being touted as a huge reform.

2. The committee is understood to have recommended a reduction in upper age limit of 32 years to appear in the civil service exam.

3. The UPSC has fixed a seven-day time frame for candidates to report mistakes or discrepancies in questions asked in the various examinations conducted by it.

It has been reported that it is widely believed in the official circles that the above key recommendations may be accepted.

Why these changes are important?

There is a huge difference in the award of marks in the optionals, scheme of awarding marks, while some subjects have innate advantages, and also, the availability of resouces such as coaching and study material, make some subjects more popular.

Lakhs of aspirants appear in the civil service exam conducted annually by the UPSC in three stages–preliminary, main and interview–to select officers for Indian Administrative Service (IAS), Indian Foreign Service (IFS) and Indian Police Service (IPS), among others. From time to time various committees came with their recommendations to make it more competitive and updated.

Removal of Optional subjects would provide a level-playing field for all the aspirants since the cross-domain movement would reduce drastically. In fact, the Alagh Committee report in 2000 also suggested the same.

Alagh Committee recommended that the optional subject be removed from the mains while continuing the same in prelims. It also suggested that the Civil Services Aptitude Test (CSAT) be introduced.

The CSAT was introduced after the Khanna Committee report recommended the same in 2010. However, it was made just a qualifying exam after an uproar that urban aspirants and those educated in English medium had an edge in the CSAT.

“The upper age limit has always been based on political expedience than the technical considerations.” – The Hindu

For many years, the upper age limit was 30 years for general category candidates, 33 years for OBCs and 35 years for SC and ST candidates.

But after the CSAT introducation uproar, upper age limit was increased to 32, 35 and 37 respectively for General, OBC and SC/ST categories. And also two additional attempts were awarded.

What aspirants expect from UPSC and DoPT?

The government  must give sufficient time window to existing aspirants is before reducing the age limit or changing the exam pattern. An advance notice is expeted from UPSC or DoPT. The change in pattern or age limit must not come all of a sudden in exam notification only.