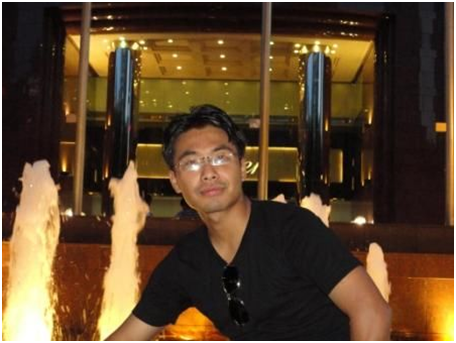 Villagers of Manipur’s Tousem sub-division in Tamenglong district are a busy lot these days. At least 150 of them on a daily basis are clearing away a thicket with their machetes and daos. Some are lugging away heavy branches of recently felled trees; and others are operating bulldozers and earthmovers to give themselves the “best Christmas gift ever”.

Theirs is one of the remotest corners in the country, where the India shining story has not yet reached; but the villagers are part of modern India’s most ambitious road project embarked upon by one man, a young Naga IAS officer, without any funding from the government.

A 2005 graduate from St Stephen’s College in Delhi, Armstrong Pame is the sub-divisional magistrate of Tamenglong, his home district, and the first IAS officer from the Zeme tribe. He has, of his own volition, begun the construction of a 100-km road that would link Manipur with Nagaland and Assam. Incidentally, the Centre had sanctioned Rs 101 crore in 1982 for the construction of this road, but for some unknown reason the project never took off. “Last December, then Union home minister P Chidambaram visited Manipur and asked what happened to the road.

The state government declared that it would be ‘done soon’, but nothing moved on the ground. Then in June-July this year, there was an outbreak of tropical diseases like typhoid and malaria. It takes two days for anyone in the village to make it to the nearest hospital on foot in the absence of a motorable road. Hundreds of patients had to be carried on makeshift bamboo stretchers, but very few made it to the town alive.

Also, town doctors were unwilling to come to the village because of its inaccessible terrain,” Pame told TOI over phone from Tamenglong.

Perplexed and frustrated with the situation, the officer decided to reach out to doctors in his friend circle. A woman friend agreed, and Pame promised to sponsor her stay. “She treated over 500 patients and conducted quite a few minor surgeries. Many lives were saved in this way; but I realized how perilously poised the situation was in the absence of a road. That was the catalyst,” Pame said.

To construct an all-weather, motorable road in an area untouched by the progress made by Independent India in the last six decades was an uphill task. And with no help coming from the government, Pame turned to his family and well-wishers.

“Armstrong and I grew up in a village in Tousem amid a lot of hardships. Our father was a schoolteacher and had a limited income. We used to walk down to the district headquartersâ€”about 60km awayâ€”and carry 25 kilos of rice back home. It used to take us four days to go and come back and the rations used to last for two weeks. When we came to Delhi for higher studies, we would survive on biscuits for days without enough money to buy food. The remoteness of our village ruined its economy; and we knew that unless there was a road, there would be no development. So, when Armstrong proposed to undertake the venture, we all threw our lot with him,” said Jeremiah Pame, an assistant professor at the Delhi University and elder brother of Armstrong.

“My wife and I donated our one month’s salary, Armstrong paid five months’ of his, and our mother paid our dad’s one month’s pension of Rs 5,000. Our youngest brother, Lungtuabui, recently started working. He donated his entire first month’s pay for the project,” he added.

The family together pooled Rs 4 lakh to start the project. They hired a bulldozer and bought two earthmovers. “But it was not enough; we needed more. So, we turned to Facebook. We created a page, seeking donations, and the response has been overwhelming. In the last three days, we have received Rs 1.2 lakh from friends all over the globe, with contributions varying from Rs 50 to $1000. And they are willing to contribute more,” the young bureaucrat said. “The villagers, too, have contributed as per their capabilities: some are providing food and accommodation for the workers; some are supplying fuel for the earthmovers. They have also provided manpower for the project. We did not have to engage a contractor with so many people volunteering to shoulder that responsibility,” he added.

Donation centres have been set up in Delhi, Pune, Bangalore, Chennai, Guwahati, Shillong and Dimapur and NRIs from Canada, USA and the UK have been sending their contributions for the project christened as Tamenglong-Haflong Road. A monolith will be erected once the road is completed and names of all donors will be inscribed. –

* For More Updates  please Stay Connected with our  facebook page  .
You may connect Directly With me for any query   Sandeep