Sanjukta Parashar is the first and only Assamese lady IPS officer to be posted in Assam. She secured 85th position (All India ranking) in the Civil Services Examination conducted by Union Public Service Commission, she responded to the call of the uniform and opted to join the Police Service, when most other women chose to join IAS. Sanjukta joined IPS as a 2006 batch IPS officer.

When asked about the issue of gender and the limited success of people from the North-East in clearing the UPSC Examinations, Sanjukta Parashar displayed her resolute and simple philosophy.

“Gender is in the mind. There is never any constraint anywhere. So long as the mind and body are in sync and you know where your heart is, the concept of gender does not exist. We are all officers who are required to do a job. If the job is tough, then just train yourself to get tougher,” disclosed Sanjukta Parashar while she urged the students from North-East to keep working hard and compete with the mainstream, as the competition they faced was intense.

Sanjukta Parashar was born in Assam itself. Sanjukta Parashar is the first lady IPS officer from Assam who got Assam-Meghalaya cadre. Her mother Meena Devi has worked with the Assam Health Services and father Dulal Chandra Barua has worked as an engineer in the Irrigation Department posted in Dibrugarh. Her parents then moved to Lakhimpur where she spent two years of her early childhood before shifting to Guwahati.

Sanjukta Parashar completed her Class X from Holy Child School, Guwahati and finished her Class XII from Army School, Narangi. Sanjukta is not merely a tough and fearless cop. She is also a scholar. She did graduation in Political Science Honors from Indraprastha College for Women in New Delhi. Then, Sanjukta Parashar completed her Master’s programme in International Relations in the School of International Studies, Jawaharlal Nehru University (JNU). She did not stop there.

Realizing that US was the most important nation in the world as far as the world economy and world politics went, Sanjukta Parashar took US-ASEAN relations as the topic for her MPhil. She then moved to Indonesia and earned an M.Phil degree. Thereafter, Sanjukta Parashar completed even her Ph.D in US foreign policy. That’s why her name is Dr. (Mrs.) Sanjukta Parasar, IPS.

Sanjukta Parashar took keen interest in sports and also enrolled herself for swimming classes. As a student, she took part in the sports competitions organized in the school with great enthusiasm. She also participated in the one-act plays and march pasts. Sanjukta Parashar is indeed an icon for the young Assamese girls whom she motivates in taking up a challenging profession like the Police services.

While working for a group called the Observer Research Foundation in 2004, Sanjukta Parashar began preparing for the UPSC examinations. She would study for not more than five hours but would revise the last lesson learnt. Securing 85th position was a pleasant surprise to her.

Facts You Should Know About Dr. Sanjukta Parashar 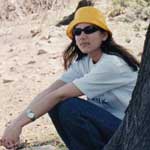