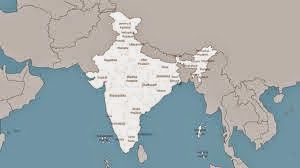 Afghanistan is a landlocked country that is located approximately in the centre of Asia. It is bordered by Pakistan in the south and east Iran in the west, Turkmenistan, Uzbekistan and Tajikistan in the north, and China in the far northeast. The name Afghanistan means the “Land of Afghans”. Afghanistan is a culturally mixed nation, a crossroads between the East and the West, and has been an ancient focal point of trade and migration.

The country has been governed by nearly every system of government over the past century, including a monarchy, republic, theocracy and communist state. Afghanistan is administratively divided into thirty-four provinces and for each province, there is a capital. The only city in Afghanistan with over one million residents is its capital, Kabul.

Bangladesh is a neighbour of the Indian subcontinent and is attached to India from the north, east, and west. Bangladesh is a country of very vast culture. It is a country of mixed religion but somehow Bangladesh comprises of 89% of the total population as Muslim. This country at present is under the influence of Islamic religion. Bangladesh is a very young country, formed as an independent nation in the year 1971. As a result of the Indo-Pak war of 1971 Bangladesh got independence and became a separate nation but initially, it was called East Pakistan. East Pakistan was formed after the separation of India in the year 1947.

Bhutan is a landlocked nation in South Asia. It is located amidst the eastern end of the Himalaya Mountains and is bordered to the south, east, and west by India and to the north by China. Bhutan is separated from Nepal by the Indian state of Sikkim. The people of Bhutan call this place ‘the Land of Thunder Dragon’. The capital and largest city are Thimphu.

Bhutan has diplomatic relations with 22 countries, including the European Union, with missions in India, Bangladesh, Thailand, and Kuwait. It has two UN missions, one in New York and one in Geneva. Only India and Bangladesh have residential embassies in Bhutan.

Bhutan has a rich and unique cultural heritage that has largely remained intact due to its isolation from the rest of the world until the early 1960s. One of the main attractions for tourists is the country’s culture and traditions. Buddhism is the state religion of this place. The place is also known as ‘The Last Shangri-la’.

Must Read: Important Funding Agencies of the World

The Maldives is a country full of natural beauty and charm. It is one of the most wanted tourist hubs in South Asia. It is the country with an interesting culture and history. Maldives people have derived their language from the earlier language Sinhala. One can easily identify a Tamil base touch in their language. The Maldives is a newly independent country which got independence in the year 1965 and became the republic in the year 1968.

Initially, Buddhism was the religion of earlier people but they later converted to Islam as per the orders of their ruler. The Maldives was under the rule of Dutch and then British people. Most of the Maldives islands are tiny, less than a mile long, but Minicoy is the largest island populated by Divehi people.

Myanmar is the largest country by geographical area in mainland Southeast Asia. The country achieved independence from the United Kingdom on 4 January 1948. The country is bordered by China on the northeast, Laos on the east, Thailand on the southeast, Bangladesh on the west, and India on the northwest, with the Bay of Bengal to the southwest. The Military regime is followed in Myanmar.

The country is one of the poorest nations in Southeast Asia, suffering from decades of stagnation, mismanagement, and isolation. Myanmar has a population of about 55 million. The two major Indo-European languages spoken in Myanmar are Pali and English. Around 89% of the total population is that of Buddhists.

Pakistan is the first neighbour of India. It is an independent nation from the year 1947. Before that, it was a part of India. This country has adopted the Islamic religion. Pakistan has a very rich culture and religious values. Pakistan has culture almost Indian but the difference is the majority of people here is Muslim and in India it is Hindus. This Muslim state in the year 1971 lost a war from India resulting in the breakup of East Pakistan and thereafter a new country Bangladesh was born. Pakistan can be reached from India either from Punjab, Rajasthan or J&K.

Nepal is an Indian neighbour country. Nepal is located in the south of Central Asia. Nepal is a landlocked country. Nearly 80 per cent of Nepal’s total land area is covered by the Himalayan range of mountains and various valleys. The star attraction of Nepal is, Mount Everest, the highest mountain in the world is located here. Nepal is a land of mixed culture and religions just like India. One can find the majority of Hindu people in Nepal and Buddhism is also worshipped by the masses.

Lumbini, in present-day Nepal, the founder of Buddhism, Lord Buddha was born. Nepal is a country of various ethnic groups. Nepal’s temples and monasteries are worth visiting apart from the natural beauty of the place.

Sri Lanka is an island country located just at the southern tip of India. This neighbour of India is a nation rich in culture, tradition, and costumes. One common phrase about Sri Lanka is said that it is a country located on the crossroads where east meets west. Sri Lanka is also called as the gateway to southern Asia. The island is an important seasonal home to migrating birds, including flamingos, which flock to the lagoons, wetlands and bird sanctuaries for respite from the northern winter.

Beaches and the urban infrastructure of Sri Lanka is the tourist’s attraction. Sri Lanka has been mentioned in the great Hindu Epic Ramayana. It was the country of King Ravana (10 head man).