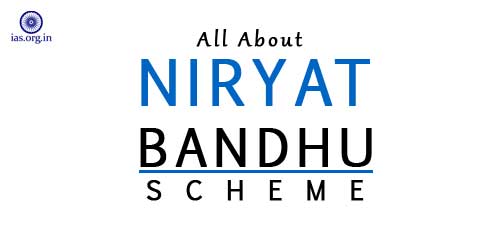 ‘Niryat Bandhu’ scheme was first introduced in October 2011, by the Director General of Foreign Trade (DGFT), for international business mentoring first generation entrepreneurs in international business enterprises. Under this novel scheme the officer (Niryat Bandhu) would function in mentoring arena and would be a ‘handholding’ experiment for the Young Turk entrepreneurs. According to the scheme officers of DGFT will be investing time and knowledge to mentor the interested individuals who want to conduct business in a legal way.

Cause of coming into the limelight of Niryat Bandhu

In the financial year 2014-15 the ‘Niryat Bandhu’ scheme actually took off when it was sanctioned Rs. 2 crore for the first time. More than 18,000 new and potential exporters including students of management stream etc. were mentored and provided insights on numerous aspects of international trade.

In September, 2015 an “Online certificate programme on export business” was introduced in collaboration with IIFT (Indian Institute of Foreign Trade) for new exporters, employees of status holders, entrepreneurs, etc. The programme covers 20 live sessions of 2 hours each that can be appraised by the registered participants using their desktops. Every month, programme would run a course with maximum intake of 60 participants.

‘Niryat Bandhu’ Scheme was launched with the objective of to get-access to the new and potential exporters to mentor them by conducting counseling sessions, individual facilitation, orientations programmes, etc. to make them able to do business in international trade.

DGFT deals with the implementation of programmes through its 36 regional authorities, which are also known as field officers, who directly come into contact with the new and prospective exporters in course of sanctioning IEC, authorizations, incentives, scrips etc.

At the beginning of the year, the fund is sanctioned to the RAs (Regional Authorities) along with a tentative sanctioning of activities under different contents of the scheme. It is done so that they can design their plan in advance in coordination with stakeholders, namely, State government departments, export councils, Industry associations, excise, customs etc.

Keeping in mind the strategic significance of small and medium scale enterprises in the manufacturing sector and in employment generation, as an intervention strategy 108 ‘MSME’ (Medium Scale Manufacturing Enterprise) have been recognized that is based on the export potential of the product and the density of industries in the cluster for focused intervention to encourage exports.

Apart from these steps, under Niryat Bandhu Scheme 35 ‘Towns of Excellence’ have been selected for outreach intervention. It has been made certain that the orientation programmes would concentrate on specific export product with the objective of adding new exporters from that sector and as well as encouraging the export of the specific product.

Don’t Miss:Constitutional Development in India – From Regulating Act 1773 to Govt. of India Act 1935