My account
Get into your account.
LoginRegister
Plans
Home Tests Quiz Read on the story of Alexander John Cruz, 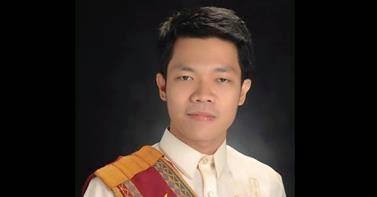 From problem-solving cheapskate to summa cum laude: A true story & a dream came true because of courage & determination.MANILA, Philippines – In April 2009, two months before studying chemical engineering at the University of the Philippines (UP) Diliman, Alexander John Cruz had a big problem. He only had P2,500 in his wallet and was waiting for classes to begin so he could receive his scholarship allowance from the Department of Science and Technology (DOST). He was already at the university that time, attending tutorial classes as part of his scholarship program. He was promised a P3,000-allowance, to be given in two tranches for the duration of the preparatory classes. The first half would be released at the start of the tutorials, the second half by the end. With little money for two months, he had to ask for free menudo sauce at the University Consumers Cooperative canteen, so he would only pay for rice in his meals. He became a cheapskate not by choice, but by circumstance.

Alex is no stranger to poverty. When he was 2 years old, his mother, a single parent, had to enroll him at the barangay Day Care Center in Talavera, Nueva Ecija because she didn’t have the money to buy for his milk. The center was managed by the Department of Social Welfare and Development, and the students were given free food in class. When he was a kid, he was used to making a meal out of rice swimming in sugar water.

When he graduated valedictorian at the Honorato C. Perez, Sr. Memorial Science High School in Cabanatuan City, he was originally supposed to enroll in a provincial college, even if he passed the highly competitive UP College Admission Test.

“If you have the money, go to UP,” his mother told him.

Two weeks before his high school graduation, he learned that he won a scholarship from DOST, so he hopped on a bus to Quezon City the following month, tugging his bags and appliances, with a meager amount in his wallet.

Five years later, his big gamble paid off. Alex is not only graduating on Sunday; he will graduate with the university’s highest academic achievement.

But he had it all planned from the start. On his first semester in university, Alex sat his first long exam in Math 17, the notorious college algebra and trigonometry course that occupies a spot in UP Diliman campus legends. For freshmen students required to take the course, Math 17 is the university’s baptism of fire, with a number of students failing every semester. Alex was confident, though; he was expecting he would top the exam with a high grade. He got a little above 60 percent.

“Everyone in the dormitory kept bragging their scores in the Math 17 long exam,” he said. The experience humbled him, and made him fear for the remaining nine semesters in his college life. “I thought I will crawl my way to my UP graduation,” he said.

Studying hard became his routine, and despite his being poor, he made sure to maximize the university’s resources. “Every semester, I make sure that I have materials for my subjects. I don’t buy books; I just borrow,” he said. Acing his tests wasn’t the only challenge for Alex, as he had to find a way to finance his college education from start to end.

“I was on my own,” he said, so he took a number of jobs to make ends meet. He taught Ateneo High School students mathematics and chemistry for three hours a week. When he needed more money, he applied as research assistant to his professors, checking 120 papers weekly and doing research. He also took another tutorial job for students preparing for the National Medical Admission Test.

Despite having a busy schedule almost every day, he found time for extra-curricular activities, joining a number of organizations in the university. He was a member of the UP Academic League of Chemical Engineering Students, the UP Career Assistance Program for Engineering Students, the UP Organization of Novo Ecijanos and the Philippine Institute of Chemical Engineers Junior Chapter- Luzon.

“I met people who are really all-around, excelling in academics and leadership, bagging awards and winning competitions,” he said.

Inspired by his friends, he worked on joining the UP Diliman team in the National Chemical Engineering Quiz Bowl.

“It’s the first time I represented UP in a national competition and we won,” he said.

His biggest achievement, however, happened on his last year in the university. With two other classmates, he worked on a tongue-twisting thesis titled “Design, Optimization and Field Testing of a Plasma-Enhanced Optic Fiber Reactor for Hydrogen Production via Visible Light-Driven Photocatalytic Water-Splitting.” He explained that a synthesized ingredient is mixed with water, which is subjected to sunlight. The reaction splits the hydrogen and oxygen molecules in water, and hydrogen is used as an energy source. The hydrogen interacts once more with oxygen, producing water as a byproduct. The water is split once more and process repeats itself.

“When hydrogen is used, the byproduct is water so it’s a continuous process,” he said, adding that hydrogen as an alternative energy source is a more efficient alternative than carbon which is used in the country’s power plants.

His thesis won four awards: the UP College of Engineering’s undergraduate project competition, the Phi Kappa Phi International Citation for Science Project, the Chemical Engineering National Undergraduate Research Competition and the Bank of the Philippine Islands-DOST Science Awards Best Project of the Year.

“We did research; we did extreme literature review; we stayed up all night for experiments,” he said. He added that the prize money from the various competitions helped him with his finances, especially in paying for graduation requirements.

Looking back at his college life, Alex said his achievements are attributable to his strict mother who helped him develop a rewarding study habit. He never got the chance to meet his father, but his mother ensured that he is taken care of and guided in his studies. He is also thankful for his aunts, who supported him financially and gave him inspiration in powering through college despite being poor.

“(They) gave me the will to strive harder and prove that poverty will not stop us from doing something,” he said.

After graduation, Alex plans to work on getting his doctorate degree before working for the country. He is interested in working in the field of renewable energy, seeing as the Philippines stands as the second biggest geothermal energy producer in the world. “I could be there, tap those resources and optimize them,” he said.

He added that it sounds cliche, but he wants to give back to the Philippines. Having studied in what he considers a macrocosm of Philippine society, he said he was made aware of different problems confronting the country, and the enormous potential UP graduates have in solving them.

“Imagine the change we can give… Imagine how many more thousands will march with us. If each and every one of those graduates would have that thinking, imagine the impact,” he said.

On his graduation day on April 27, Alex will have officially completed his degree in chemical engineering. He is already way past his big problem of budgeting P2,500 for two months. He has a bigger problem post-graduation, though, but he intends to solve it with the same passion and determination that resulted in his astounding academic achievement.

“I really want to do something that could change the Philippines,” he said.