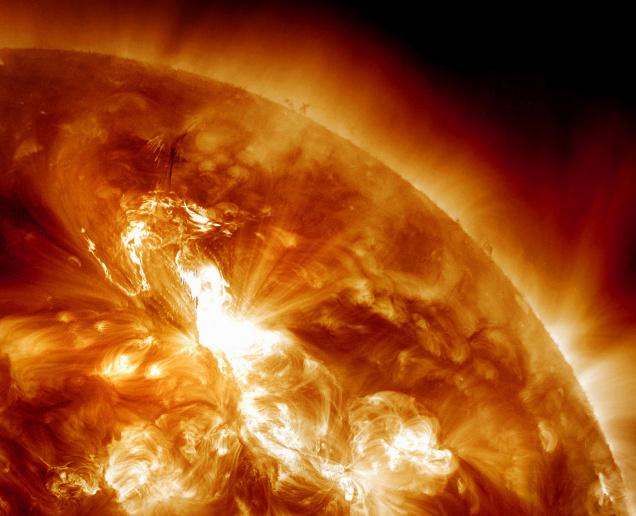 In an article published in the journal Science on April 5, 2013, recent simulations have ushered in a major understanding of aspects of the sun’s magnetic field. The interesting facts of the finding of the simulation are these: at the base of the sun’s turbulent convection layer, torus like bands of magnetic field of opposite polarities form at mid-latitude on either hemisphere.

Intriguingly, the torus-like bands of magnetic field undergo polarity reversals once every forty years. The highlight of the study is that the researchers were able to show that a regular cycle is produced and this type of internal magnetic field believed to be conducive to the formation of sunspots. The reversal of polarity of the torus-like bands every forty years is nearly four times as long as the observed solar cycle. It is further pointed out that other numerical simulations produced instead large-scale zonal structures within the turbulent convection layer and peaking at low latitudes. The simulations also reveal factors that could be of significance in affecting the observed cycles.