My account
Get into your account.
LoginRegister
Plans
Home Current Affairs Treaty To Limit Use Of Mercury Adopted By 140 Countries 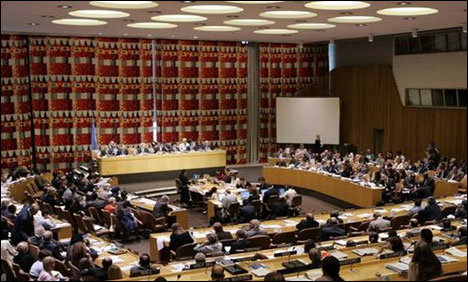 Delegations from 140 countries agreed on January 19, 2013 to adopt a ground­breaking treaty to limit the use and emission of health-hazardous mercury. The world’s first legally binding agreement on mercury was reached after a week of talks held in Geneva, Switzerland. The treaty aims to reduce global emission levels of the toxic heavy metal, also known as quicksilver, which poses risks to human health and the environment.
The treaty has been named the Minamata Convention on Mercury, in honour of the Japanese town where inhabitants have long suffered the consequences of serious mercury contamination. The text of the pact will be signed in Minamata in October 2013. It will take effect once it is ratified by 50 countries. The UN expects the process to take three to four years.

Mercury is found in products ranging from electrical switches, thermometers and light-bulbs, to amalgam dental fillings and even facial creams. Large amounts of the heavy metal are released from small-scale gold mining, coal-burning power plants, metal smelters and* cement production. Serious mercury poisoning affects the body’s immune system and development of the brain and nervous system, posing the greatest risk to infants and foetuses. The new treaty sets a phase­out date of 2020 for a long line of products, including mercury thermo­meters, blood pressure measuring devices, most batteries, switches, some kinds of fluorescent lamps and soaps and cosmetics. It, however, exempts some large medical measuring devices for which no mercury-free alternatives exist