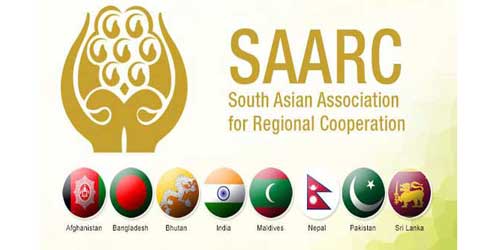 India, Maldives, Pakistan, Bangladesh, Sri Lanka, Bhutan, Nepal, and Afghanistan constituted an organisation known as South Asian Association for Regional Cooperation, on the recommendation of Dhaka Conference on December 7-8, 1985. Its headquarter has been established in Kathmandu. A conference of the head of countries is held every year but conferences were generally delayed for the one reason or the other. The mutual misunderstanding among member nations has created a big question mark in achieving its objectives.
The sixteenth summit was held in Thimpu, Bhutan on 28–29 April 2010. Bhutan hosted the SAARC summit for the first time. This was marked the silver jubilee celebration of South Asian Association for Regional Cooperation that was formed in Bangladesh in December 1985. Climate change was the central issue of the summit with summit’s theme “Towards a Green and Happy South Asia”. Outcome of Thimpu Summit regarding climate change issue:
Read Also: IMPORTANT SUMMITS HELD ON 2012-13
Seventeenth SAARC Summit is to be held in Male, Maldives between 10-11 November 2011. The theme of 17th Summit has been declared as ‘Building Bridges’. “Building Bridges – both in terms of physical connectivity and figurative political dialogue. However, the notion of bridging differences would be represented as the overarching theme of the summit rather than any set diplomatic or development aims,”
Don’t Miss:
South Asian Free Trade Area (SAFTA)
The International Fund for Agricultural Development (IFAD)
The International Atomic Energy Agency (IAEA)