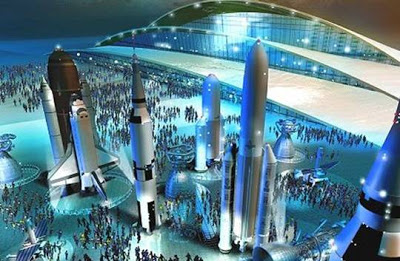 A man-made object placed in the orbit about a planet.
Read Also: India Launches 6th IRNSS Satellit All You Need to Know

The person who actually flies through space and also those concerned with flying through space.
Read Also: Neil Armstrong

A propulsion unit used in the initial stage of rocket flight.

Space between the Earth and the Moon.

The Russian name of the person who actually flies through space and also those concerned with such flying.

A reconnaissance satellite for detecting the enemy ballistic missile firing well in advance ti give warning.

A chamber used for training the specimen.
Don’t Miss: Yuri Gagarin &#8211; The First Man in Space

The destructive impact of a space vehicle on a predetermined celestial target, the vehicle being destroyed upon impact.

Path of a body relative to its primary.

A liquid or solid substance burned in a rocket to develop thrust.

A rocket fitted on or in a vehicle used to retard forward motion.

A body moving around a celestial body.

The presence of smooth landing of a space vehicle on a planet or satellite without any damage.

A large orbiting satellite serving as a base in space well-equipped for the purpose.
Read Also: The European Space Agency (ESA)

A process of taking the measurement of speed, temperature, pressure and radiation within a spacecraft during flight and conveying them by radio to a ground station.

A station equipped with radio and radar etc. to track a body moving through space.

The path described by a space vehicle.

The absence of any apparent gravitational pull on an object. Absolute weightlessness is obtained only by an object falling freely in the vacuum.
Must Read:
Milestones in Space Exploration
First Spacecraft in Space
MEMBERS OF THE SPACE FAMILY