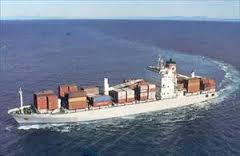 A well known and coordinated system of transport plays an important role in the sustained economic growth of a country. The present transport system of India comprises several modes of transport including rail, road, coastal shipping, air transport, etc. Transportation in India has recorded a substantial growth over the years both in spread of network and in output of the system. The Ministry of Shipping, Road Transport and Highways is responsible for the formation and implementation of policies and programmes for the development of various modes of transport save the railways and the civil aviation.

Transport in the Republic of India is an important part of India’s economy. Since the  economic liberalization of the 1990s, development of infrastructure within the country has progressed at a rapid pace, and today there is a wide variety of modes of transport by land, water and air. However, India’s relatively low GNP per capita has meant that access to these modes of transport has not been uniform.

Motor vehicle penetration is low by international standards, with only 300 million cars on the nation’s roads. In addition, only around 10% of Indian households own a motorcycle.  The automobile industry in India is currently rapidly growing with an annual production of over 30.92 million vehicles, and vehicle volume is expected to rise greatly in the future.

Indian Railways is one of the largest railways under single management. It carries carried 8.26 billion passengers and transported 1.16 billion tonnes of freight in fiscal year ended in March 2018 and is one of the world’s largest employers. The railways play a leading role in carrying passengers and cargo across India’s vast territory. However, most of its major corridors have capacity constraint requiring capacity enhancement plans.

Buses, cycle-rickshaws, auto-rickshaws, taxis, boats and urban trains provide transport around India’s cities. On any form of transport without a fixed fare, agree on the fare before you start your journey and make sure that it covers your luggage and every passenger. If you don’t, expect heated altercations when you get to your destination. Even where local transport is metered, drivers may refuse to use the meter, demanding an elevated ‘fixed’ fare.

India has a network of National Highways connecting all the major cities and state capitals, forming the economic backbone of the country. Under National Highways Development Project (NHDP), work is under progress to equip some of the important national highways with four lanes; also there is a plan to convert some stretches of these roads to six lanes. Highways have facilitated development along the route and many towns have sprung up along major highways. Road transport Benchmark Freight Index (BFI) initiative taken in India in recently by ITRANS.

Air India is India’s national flag carrier after merging with Indian in 2011 and plays a major role in connecting India with the rest of the world. IndiGo, Air India, Spicejet, GoAir, and Vistara are the major carriers in order of their market share. These airlines connect more than 123 cities across India and also operate overseas routes after the liberalisation of Indian aviation. A large section of country’s air transport potential remains untapped, even though the Mumbai-Delhi air corridor is being ranked among the world’s busiest routes.

Shipping plays an important role in the transport sector of India’s economy. 95 per cent of the country’s trade by volume (and 70% by value) is moved by sea. India has the largest merchant shipping fleet among the developing countries and ranks 20th amongst the countries with the largest cargo carrying fleet and the average of the fleet being 18 years. Indian maritime sector facilities not only transportation of national and international cargo but also provides a variety of other services such as cargo handling services, shipbuilding and ship repairing, freight forwarding, lighthouse facilities and training of marine personnel, etc.

India has 13 major and 200 minor and intermediate ports along its more than 7500 km long coastline. These ports serve the country’s growing foreign trade in petroleum products, iron ore, and coal, as well as the increasing movement of containers. Inland water transportation remains largely undeveloped.