A Car That Runs On Cold Air 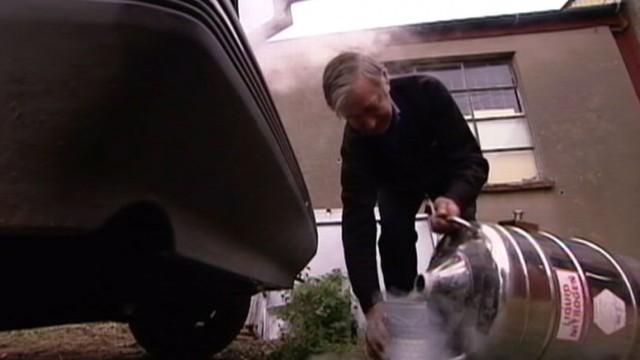 As per a report released on March 18, 2013, an England-based inventor has come up with the ultimate eco-friendly vehiclea car that runs on nothing but. cold air. The inventor, Mr. Peter Dearman, said that the car could reach speeds of up to 48 km per hour. The prototype he has built can presently run for a distance of five km at a stretch. The car will not produce any emissions because it is only air that is used in running it. It does not involve burning anything, just using heat from the atmosphere.

The propulsion system of the car is akin to that of a steam engine, the only difference being that the inventor uses very cold liquid air. At 190° Celsius, air turns into a liquid that can be stored in insulated, vacuum-sealed containers. Mr. Dearman uses a beer drum as a makeshift tank for the liquid air. When the air courses through the engine, it heats up from its cryogenic temperature and boils via a heat-exchange fluid (in this case, anti-freeze). Instead of using expensive heaters to heat the liquid fuel, the Dearman engine injects a mix of water and antifreeze (methanol) into the cylinder as the liquid air is drawn in, causing it to heat and expand rapidlythereby forcing the piston down inside the cylinder and driving the engine. It is a lot cheaper, more efficient and more compact than using heat exchangers.