Agriculture in India: Challenges with Agricultural Marketing and APMC Act

Agricultural Marketing: A Challenge with Indian Economy and Development of Agriculture in India

India produces the huge amount of food grains and other crops every year. But, the revenue generated through agricultural sector is far less than the production. The reason for this condition is that all the agricultural produce is not properly marketed. The farmers are not able to sell their produce directly in the market, but have to give them to the Middlemen at very low prices.

These middlemen stock them in the cold storages and warehouses and sell them in the black market at very high prices. Sometimes, by stocking the material for long periods they create demand in the market and the government itself is forced to raise the prices. Indian economy is very badly affected by this kind of illegal practices and mainly, the farmers do not get money even to cover their expenses and are even committing suicides.

The government in 1951 itself constituted APMC (AGRICULTURAL PRODUCING MARKETING COMMITTEE) ACT and created REGULATORY MARKETS under this act.

Must Read: Major Crops of India

REGULATORY MARKETS SET UP IN 1951 to Promote Agriculture in India:

Regulatory markets were set up at regional levels. It is managed by the marketing committee which consists of a government representative, representatives of farmers, traders and commission agents. The chairman of the committee should be from the farming community. The main functions of this committee are: 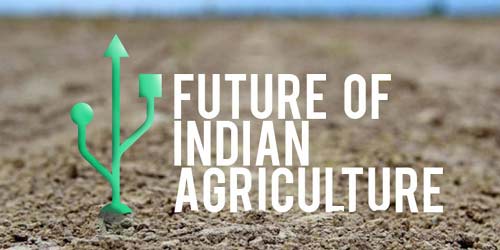 These regulatory markets have done their job in an efficient manner for many years. But, over time, they became very monopolistic controlled by locally powerful people and also became non-competitive.

The incompetencies of these regulatory markets are as follows:

To address these problems, many changes were made to the APMC act of 1951 in the year 2003, to make the agricultural marketing system competitive and at the same time aiding the farmers.

APMC ACT of 2003, for development of agriculture in India:

The main features of this ACT are as follows:

Many states have adopted these measures and some states are in the process of changing from old methods to new ones.

In addition to these many recent initiatives like e-chaupal (selling of agricultural produce through internet) also reduced the gap between farmers and consumers even making them accessible to foreign customers also.

Have a Look at: Types of Indian soils and their distribution

Agriculture in India is the backbone of our country and to protect the economic interests of farmers is our responsibility by empowering them financially through innovative marketing practices.