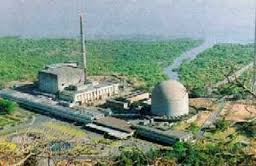 BARC was set up in the year 1954 as Atomic Energy Establishment Trombay (AEET) with Dr Homi J. Bhabha as its first Director.

The Government of India created the Atomic Energy Establishment, Trombay (AEET) on 3 January 1954. It was established to consolidate all the research and development activity for nuclear reactors and technology under the Atomic Energy Commission.

After ‘s death in 1966, the centre was renamed as the Bhabha Atomic Research Centre on 22 January 1967. All the directors of the BARC were highly qualified doctorates in their discipline and were internationally recognised for their contribution in academia, who were the crown of this prestigious research organisation.

The first reactors at BARC and its affiliated power generation centres were imported from the west. India’s first power reactors, installed at the Tarapur Atomic Power Station were from the United States. The primary importance of BARC is a research centre.

India and the United States signed an agreement to enhance nuclear cooperation between the two countries, and for India to participate in an international consortium on fusion research, ITER (International Thermonuclear Experimental Reactor) so there are signs that the west wants to bring India in the Nuclear mainstream.

Atomic Energy Establishment, Trombay has already made its impressions in the world of science as one of the unique nuclear research institution where high-quality research and development is taking place in the areas of nuclear reactor design and installation, fuel fabrication, chemical processing of depleted fuel and also acquired sufficient expertise in the development of radioisotope application techniques in medicine, agriculture and industries. Basic and advanced research investigations were in full progress in nuclear physics, spectroscopy, solid state physics, chemical and life sciences, reactor engineering, instrumentation, radiation safety and nuclear medicine etc.

BARC is a multifaceted institution wherein the in-house research findings were further translated into the development stage and finally through successful demonstration phase is taken for deployment in the respective fields. Advanced equipment and instruments, well-set laboratories, vibrant ambience and availability of expertise from all fields of science and engineering are the unique features of BARC committed in taking the nation to the new horizons of knowledge and development.