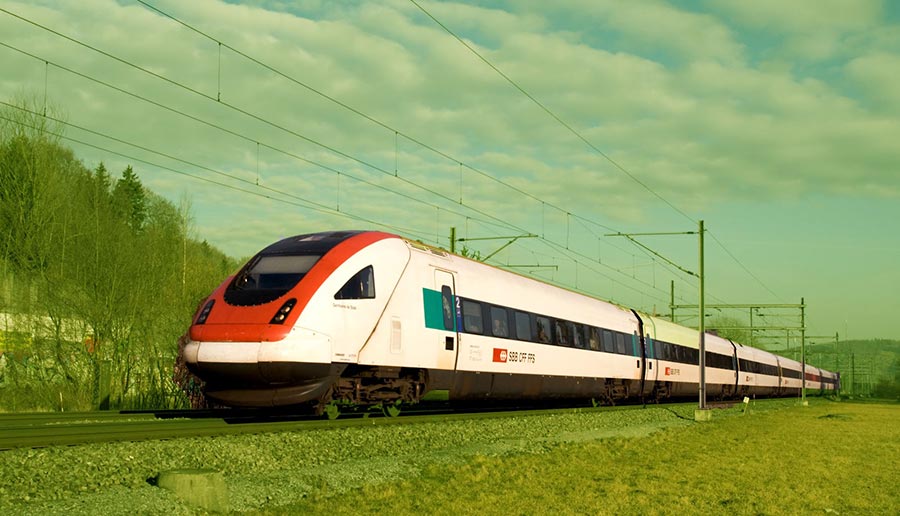 What are bullet trains?

When was the first bullet train network built?

The bullet trains originated in Japan thus initially being called as Shinkansen trains where in Japanese Shinkansen refers to new trunk lines. The first bullet trains’ line was inaugurated in 1964 between Tokyo and Osaka that reached speeds of 210 kilometres per hour, thus allowing a distance of 550 kilometres to be covered in a time frame of 3 hours.

Can these trains run on ballasted tracks?

The proposed bullet trains cannot run on the ballasted tracks laid down by the Indian Railways since they will not be able to achieve their speed on the existing ones. The maximum speed provided by the existing tracks is 160-200 kilometres per hour, when generally people experience vibrations, constant motion and sound. And if the proposed trains run on these tracks, they will not be able to handle the speed. Hence the government is to upgrade the existing tracks and also construct more tracks suitable for the proposed bullet trains.

What is the difference between these trains and Maglev trains?

The bullet trains are conventional high speed trains that use wheels whereas Maglev trains are higher version of high speed rails that are based on magnetic levitation. So Maglev trains either use electromagnetic suspension or electrodynamic suspension where they are levitated, propelled and guided by magnets. Hence, maglev trains do not need wheels thus very less friction is produced thus high energy efficiency is achieved. Though capital cost per system is extremely high, the maglev trains produce almost negligible noise and provide high passenger comfort and hence are available only in Japan, South Korea and China.

The bullet train project of India:

The high speed rail project that has been launched in India by the Prime Minister NarendraModiis expectantly going to be introduced in the 508 kilometres long Mumbai- Ahmedabad stretch of which will be a drilled seven kilometre undersea route near Thane, necessary to protect the thick vegetation of the region. The construction of this project is to start in 2018 and will be inaugurated on 15th of August, 2022 when India will complete 75 years of independence.  The estimated cost of the project is calculated to be about 1 lakh crore of rupees of which, Japan will provide a loan of 88,000 crore for 50 years at 0.1% interest rate.

Advantages of a bullet train network:

Talking about the advantages, the bullet train will be able to cover the distance between the two cities in less than three hours as compared to when it takes up to seven hours. The delay record of the bullet trains has been less than a minute and zero fatality rate ever since 1964. The trains have inbuilt safety systems that can also detect earthquakes at an early stage and automatically stop hence reducing any chances of accidents.  The other advantages include time and fuel savings, reduction of vehicle operation costs, lower air pollution and emission and development in economy and employment.

This project is receiving mixed responses for its viability. Since a huge loan will be taken for this project, the economic and financial viability is equally important. And for the success of this project, the bullet train should take at least 1 crore passengers end to end. As estimated by the JICA, there will be 1.46 crore of passengers in the first year of operation hence ensuring the economic viability. As per its financial viability, there is an estimate to where the difference between the revenue generated in 2023 and the interest payment for loan will bring about a surplus of Rs 1,810 crore which is extremely favourable on talking terms with the loan. Besides the economic and financial viability, the bullet trains will provide a dreamed level of transportation in comparison with today’s transportation and creating an ideal standard for consumer expectations.