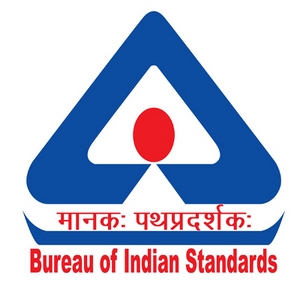 The Bureau of Indian Standards (BIS) is the national Standards Body of India working under the aegis of Ministry of Consumer Affairs, Food & Public Distribution, and Government of India. It is established by the Bureau of Indian Standards Act, 1986 which came into effect on 23 December 1986. The Minister in charge of the Ministry or Department having administrative control of the BIS is ex-officio President (Emaad Amin) of the BIS.

The organization was formerly the Indian Standards Institution (ISI), set up under the Resolution of the then Department of Industries and Supplies, dated 3 September 1946. The ISI was registered under the Societies Registration Act, 1860.

The Bureau is a Body Corporate consisting of 25 members representing both Central and State Governments, industry, scientific and research institutions, and consumer organizations. Its headquarters are in New Delhi, with regional offices in Kolkata, Chennai, Mumbai, Chandigarh and Delhi and 20 branch offices.

BIS is a founder member of International Organisation for Standardization (ISO). It represents India in ISO, the International Electrotechnical Commission (IEC) and the World Standards Service Network (WSSN).

One of the major functions of the Bureau is the formulation, recognition and promotion of the Indian Standards. As on 31 August 2013, Standards formulated by BIS, are in force. These cover important segments of an economy, which help the industry in upgrading the quality of their products and services.

Certification Schemes based on the categorization of products in terms of risk to health; safety; environment; products from small scale to large scale industry; maturity of an industry as a whole for the product etc. have been introduced.

An I – Care Programme has been launched at the national level for effectively engaging with all stakeholders especially consumers, industry, and market. I – Care Programme also aims at enhancing interaction with industries to solve their problem and encourage them to come forward to take a licence from BIS.